Windows 10 is getting a new web browser and this was already revealed, but it’s only now that the company has finalized a name – Microsoft Edge. The browser is designed from the ground up and it will be replacing Internet Explorer which despite its bad reputation, has improved a lot in Windows 8 and 8.1

So this gives rest to previous rumors which claimed that both browsers would be made available on Windows 10. Microsoft Edge which was previously known as Project Spartan is designed to offer a more immersive web experience and it does so by enabling various capabilities. They include the ability to view online articles sans any distractions, an offline reader for accessing content when not connected to the net and the ability to write directly on a web page and share them with others. 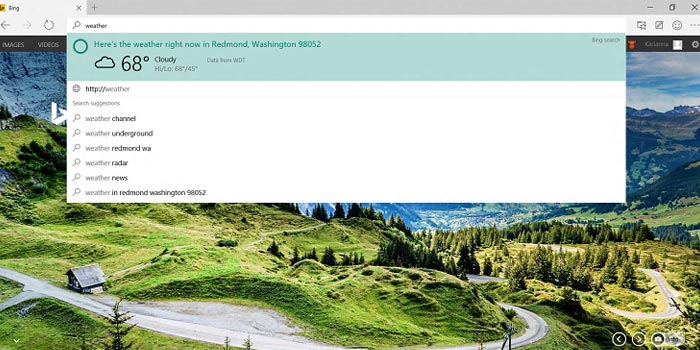 Sadly, this is all Microsoft has to say about the browser, but more information should surface soon. Be sure to check out the video below for a quick peek at the new features. In other news, the company made many Windows 10 related announcements at its Build 2015 conference. The biggest news is that the process is easier for Android and iOS developers to bring their applications over to the new platform.

Also read: Microsoft might be forced to start making phones in India due to hiked import excise

The company notes that apps can be ported over to the Windows Store with minimal code modifications. Additionally, Microsoft revealed that certain phones will able to double as PCs through a feature called Continuum. With this, you’ll be able to hook your device to an external monitor and a wireless keyboard as well as mouse and get a complete PC experience. Sadly, desktop apps will not be accessible and you’ll have to opt for the ones found on the Windows store.

The Microsoft Edge browser will be made available when Windows 10 goes live later this year. There’s no word on whether it will be supported on previous platforms.