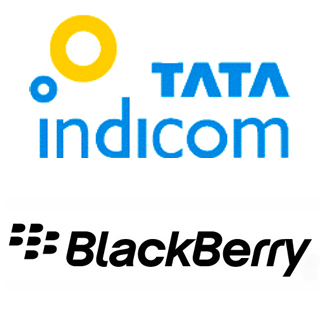 Now Tata Indicom BlackBerry users have the freedom to choose prepaid services meeting their necessities, not only on a monthly basis but also as per weekly preferences. This can be feasible probably for the first time with Tata Indicom’s elastic weekly prepaid choices.

Sunil Batra, President – Operations, Tata Teleservices, commented, “There are 2 firsts: first is that Tata Indicom is now offering Prepaid BlackBerry services to customers and the second first which is the Industry First: that of a weekly plan for BlackBerry customers opting for prepaid services. Offering weekly services stems from our insight, that prepaid segment is highly cost conscious and offering them weekly plans will liberate them from monthly commitments. Also we do realize that customer’ service preferences change often and offering weekly plans that suit their pocket and offers flexibility to change service options and keep up with latest social trends is sure going be well received with our prepaid user segment.”

Batra stated, “BlackBerry smartphones have been well-received in the Indian market, and the launch of a variety of handsets is contributing to the appeal of the BlackBerry platform to an even wider range of customers. We have received tremendous response to our enhanced BlackBerry handset portfolio efficiently catering to diverse segments.”

With BlackBerry Messaging Bundle service plan, users can receive infinite access to e-mail and instant messaging. It can enable users to use as many as 10 e-mail accounts on Hotmail, Yahoo!, Mail, Google Mail and chat on well-known messengers such as Windows Live Messenger, Google Talk and Yahoo! Messenger. It can also exhibit numerous mailboxes in a single screen and is compatible with several formats such as Microsoft Word, Microsoft PowerPoint, Microsoft Excel, Adobe pdf, Corel WordPerfect, ASCII text, ZIP Archive and Images.

Under BlackBerry Internet Bundle, mobile users can obtain unrestricted access to web surfing plus limitless usage on instant messaging and utilization of as many as 10 POP3 email accounts with unrestrained email access.