Yet another octa core smartphone has landed in India and it’s hitting stores as the Spice Stellar 526n Octa. The device comes with a price tag of Rs 7999 and it will be made available for purchase soon. At this amount, the handset has earned its place as one of the cheapest octa core releases on the market.

The Spice Stellar 526n Octa is basically an upgraded version of the Stellar 526 which was launched back in July 2014 with a hexa core processor. Both phones look alike as they share similar designs and also a lot of features have remained untouched. The octa core chipset used here is a 1.4GHz MediaTek SOC based on the Cortex A7. 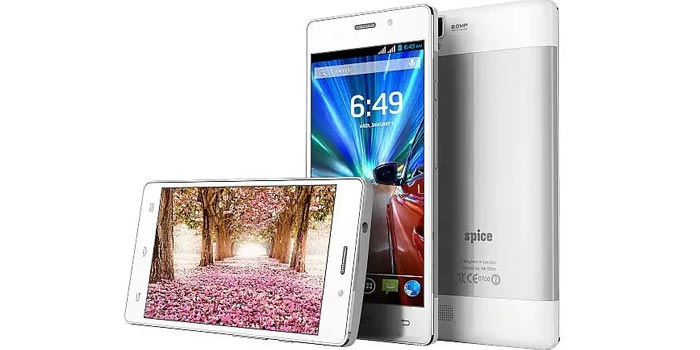 Memory provisions haven’t been changed as you get an entire gigabyte of RAM and 8GB of internal storage. A microSD card slot supporting up to 32GB is also present on the inside. The Spice handset even employs dual SIM housing with only one being compatible with 3G networks. Other connectivity features include GPS, Wi-Fi b/g/n, Bluetooth 4.0 and EDGE.

On the front panel, a 5-inch HD display delivers visuals and is accompanied by a 3.2MP snapper, while the rear has an 8MP imager with an LED flash. The Stellar 526n Octa is also loaded with a 2500mAh battery which is estimated to deliver approximately 280 hours of standby.

Here’s an overview of the Spice Stellar 526n Octa’s specifications:

The Spice Stellar 526n Octa smartphone will be made available in India through major retailers and online via Saholic soon.