The Microsoft Lumia 640 and Lumia 640 XL smartphones are now official in India and they’ve been released with affordable price tags of Rs 11999 and Rs 15799, respectively. Sadly, the company hasn’t brought over the LTE models, but the dual SIM HSPA+ variants only despite the 4G options being listed as coming soon on the country-specific website.

Both, the Microsoft Lumia 640 and Lumia 640 XL are powered by the Windows Phone 8.1 OS with Lumia Denim and they’re eligible for an update to Windows 10 in the future. The usual set of features from the Redmond giant is onboard, including 1TB of OneDrive storage and a subscription to Office 365 for an entire year. 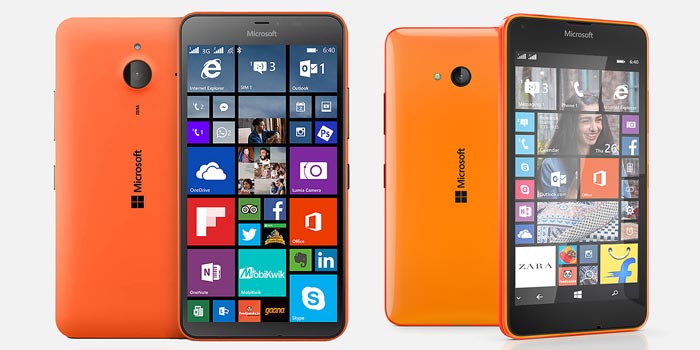 The Microsoft Lumia 640 and Lumia 640 XL handsets have a lot in common as they both offer the same memory provisions of 1GB RAM, 8GB storage and 128GB microSD expandability. Despite having displays of different sizes, the LCD panel are also the same at 720p HD resolution with Corning Gorilla Glass 3 protection.

Also read: New Lenovo A7000 gets outed for India, to be available at Rs 8999 via Flipkart

The 5-inch Microsoft Lumia 640 also comes with a 0.9MP front shooter and an 8MP snapper on the rear. Then there’s a 2500mAh battery on the inside. The XL model, on the other hand, has a larger 5.5-inch touchscreen with a 3000mAh battery. The snappers here comprise of a 5MP selfie shooter and a 13MP main imager.

The Microsoft Lumia 640 smartphone will be available exclusively through Flipkart, while the Lumia 640 XL will go on sale through online and offline retailers across the country.