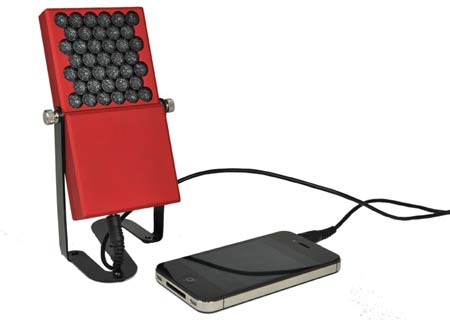 Among all the new audio systems surfacing is the Soundlazer parametric speaker Kickstarter project. Its ESP is the fact that people will have to be sitting within its line of fire to listen to the emitted audio exactly as it’s meant to be heard.

Basically, users can connect the speaker to devices like an iPad or PC and listen to music without putting on headphones and still not disturb others around them too much. So anyone who isn’t positioned right in front of the system will be able to hear little or no sound at all. 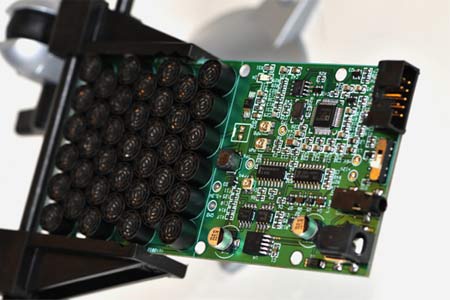 Though digital signal processing technology is not new, apparently very little has progressed along these lines over so many years. This particular Kickstarter project employs ultrasonic carrier waves to deliver audio to listeners in a focused beam of sound. It could have many applications in the future, including selective advertising to potential customers who may be standing in front of a product and considering it. A little personalized advertising (Minority Report, anyone?) never hurts. 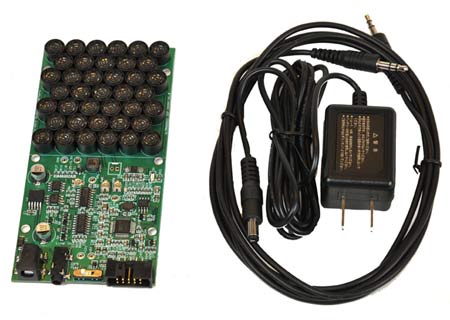 The kit is composed of solid aluminum to lend a trendy and contemporary touch to it. Notably, the device comprises 39 piezo ultrasonic transducers as well as an analog devices ADAU1701 digital signal processor. Apart from these, it contains a suite of other surface mount parts. An audio cable, fully assembled circuit board and power supply are packaged into the kit too.

Presently, prospective users can pledge a minimum amount of $175 on Kickstarter to grab the Soundlazer parametric speaker.