Hey Snapdeal, all publicity isn’t good publicity when you’re an online retailer who’s messed up phone deliveries twice already. A certain Gautam Sachdeva from New Delhi allegedly received a secondhand smartphone in place of the LG G2 he had ordered as a New Year’s present for his father.

Sachdeva claims that he had placed an order for a brand new LG G3 handset on December 24, only to find that the Snapdeal delivery person had brought him a hand-me-down device from a random seller instead. Luckily, he had opted for the Cash on Delivery mode of payment and opened the package as soon as he got it. 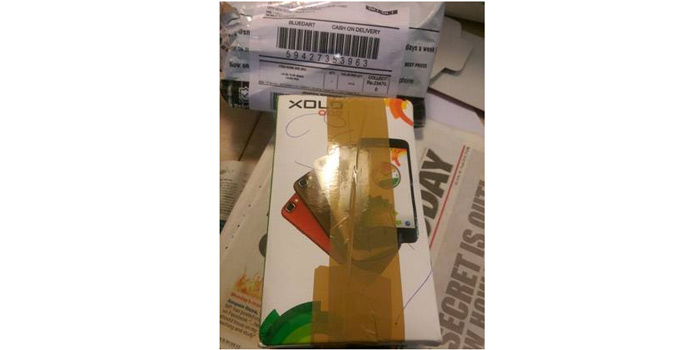 Going by the pictures posted on Times of India, Sachdeva unwrapped the box and discovered a device from Xolo inside it. He reportedly took the money back from the delivery guy on the spot and saved himself the trouble of having to retrieve the payment from Snapdeal which has earned itself a reputation for messing up orders.

The online retailer was previously accused of mailing a customer a bar of Vim in place of a Samsung Galaxy Core Duos. At that point of time, Hindustan Unilever Limited, the company behind the detergent soap, took the opportunity for self-promotion and doing some good by sending the aggrieved party the handset he had wanted. 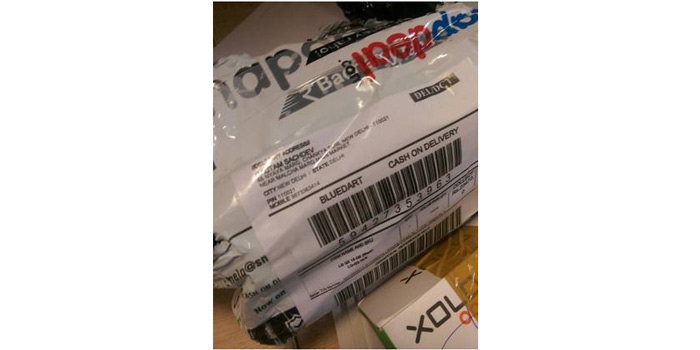 Not long after that, another unfortunate bloke received a delivery of pieces of wood instead of the two iPhone 4S units he had ordered through Snapdeal. If such incidents continue, it may soon be sink-or-swim time for the e-commerce website which has biggies like Flipkart and Amazon to compete against in the Indian market.

The latter two have their own dedicated delivery networks to ensure that customers are kept happy. Snapdeal is said to be interested in investing majorly in a logistics company or in forming a joint venture with one in order to perform better with regards to shipping goods to buyers.