Skype has unleashed the Lite version of Skype. It is a ‘thin’ client for Skype available via download on Android-powered devices and other Java-enabled mobile phones. The updated Skype is available worldwide. 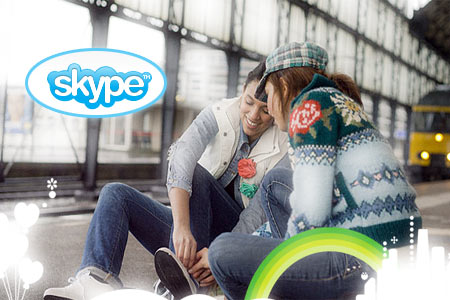 Scott Durchslag, COO of Skype comments, “Making the Skype experience available for download to Android-powered devices, as well as hundreds of other mobile phones from the world’s leading handset manufacturers is a major step forward for Skype. Nearly half the world’s population are mobile phone users today and we know that many people who already use Skype want the option to use Skype on their mobile phones. We are committed to working towards our goal of getting Skype into the pockets of the mobile masses.”

The Lite version of Skype allows making calls from Skype to Skype users world wide and also users to send and receive instant messages to individuals and groups and vice versa. With the updated version, Skype calls can be made at a cheaper rate, both on mobile and landline phones as well as one can receive calls on an online Skype personal phone number. It also let users view all the online contacts.

Skype makes international calls inexpensive and easy. The software does not require a Wi Fi connectivity to access Skype, it connects anywhere a mobile phone works. To access Skype, a local air time and a mobile internet connection is just needed and user can instantly update contact list, their presence and make calls as well as send messages with both calling and data plan on the device.

T-Mobile G1 is the Android-powered mobile phone device in the United States and the United Kingdom that supports the software currently. The Lite version of Skype also operates on more than 100 popular Java-enabled phones like LG, Motorola, Nokia, Samsung and Sony Ericsson.

There will be a charge fixed by the mobile operators for local air time and data usage depending on the plan that the users chooses. Calling to a Skype user from a Skype is charged less. It also applies to instant messaging. However, there is a minimal charge fixed by operators while making and receiving calls to mobile phones or landline phones via Skype and vice versa.