If you’re ready to believe this, a Saudi man has apparently demanded the latest Apple iPhone 6 as dowry from a would-be groom who has asked for his sister’s hand in marriage. Obviously, it’s not the most bizarre request we’ve heard of, if you remember that news story about a father from Yemen ordering his future son-in-law to get him 1 million Facebook likes or forget about marrying his daughter.

The iPhone 6 isn’t available in Saudi Arabia as yet, for the country is not in the list of initial launch areas. What’s more, this will be the first time ever that Apple will be officially selling its products in the Middle East. It has inked a deal with retailer Jarir Bookstore who has been sourcing iOS products through third-party vendors so far, says Cult of Mac. 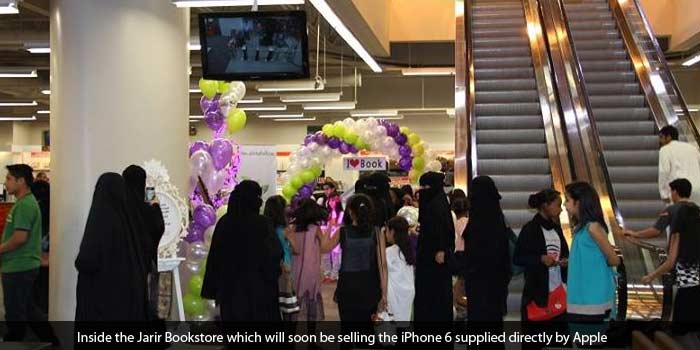 Apple will now start supplying Jarir directly and also deliver technical support to buyers. It’s a win-win situation for the two companies as well as customers since this move will allow the Saudi Arabian store to mark the iOS devices at a lower price than usual because it won’t be going to middlemen. We guess the unnamed suitor will be lining up outside Jarir to grab an iPhone 6 when launch day arrives.

Presenting dowries is a common tradition Arab as well as certain Asian countries and is mostly seen as a way of highlighting the status of the involved parties. Let’s face it, the would-be Saudi groom in question will probably have an easier job of laying his hands on an iPhone 6 handset as compared to that unfortunate suitor from Yemen who had to receive a million Facebook likes.