According to a recent unofficial report, Google is currently in talks with Airtel to bring carrier billing support for Android users in India. If everything goes according to plan, customers will be able to download paid content from the Play store and even make in-app purchases without the need of owning a credit card or trusting Google with these details.

India is a huge smartphone market where Android is one of the top platforms, but not everyone has a credit or debit card in their possession, especially the youth. And many aren’t willing to share their banking details for online transactions. 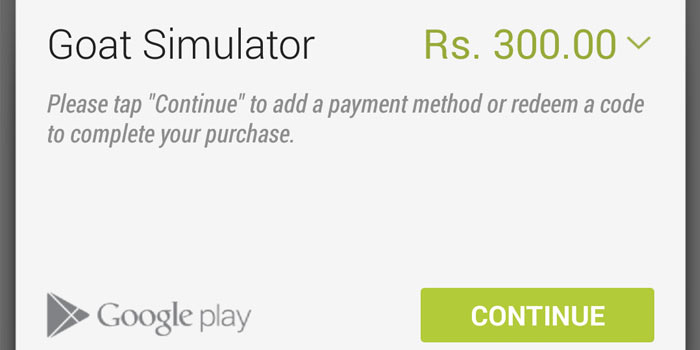 So, carrier billing could be a viable solution here and would definitely make a huge impact through Airtel since it’s the largest service provider in the country with under 40 million data users, out of which, around 12.5 million use 3G. According to The Economic Times, Google and Airtel are working to develop a revenue sharing agreement.

There’s a high possibility that the search giant may bring the capability to other operators as well, but there’s nothing on that front as yet. Based on the latest report by the COAI, Airtel has a total of 210.53 million GSM users, earning it the top position with Vodafone coming in at second with a subscriber base of 172.49 million. Idea Cellular is said to be the third largest service provider with 141.84 million customers.

The agreement between Google and Airtel for carrier billing in India is yet to be finalized, so there’s no word on when the service will be rolled out. For now, you’ll have to depend on debit, credit or gift cards for making purchases.