If you own all things Samsung, you might want to get your hands on the Gear Circle Bluetooth Headset as well, which has now been made official for India. The accessory is priced at Rs 5599 which is pretty expensive for a pair of earphones, but it has some pretty nifty features which make the cost worthwhile.

The Samsung Gear Circle is a lot like the LG Tone Infinim as it’s worn around the neck. The device, however, has a more minimalistic design and also looks quite stylish. It comes in multiple colors of black, white and blue, but there’s no word on whether all options will be available in India. 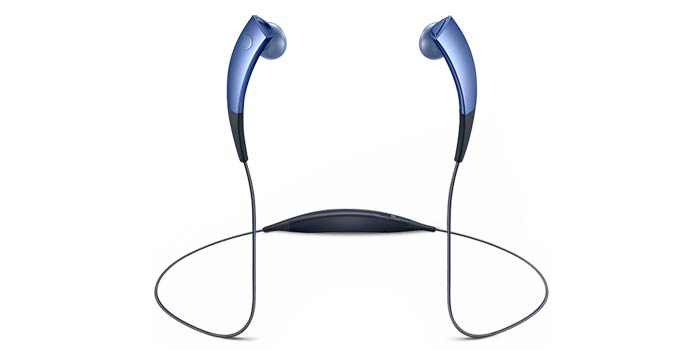 The accessory can not only be used for making and receiving calls, but also for controlling music playback. It has an integrated microphone which works with the S Voice tool from Samsung and voice commands. Also, it delivers notifications of incoming calls, messages and other alerts through a vibrate function.

Also read: Samsung Galaxy A7 is going to be company’s thinnest handset ever

The device weighs 28 grams and has a P2i nano coating making it splash-resistant. And where battery life is concerned, you can expect up to 9 hours of music playback or around 11 hours of talk time. The Gear Manager application is available for download which allows you to adjust settings and notifications.

There’s also an option to adjust the audio output through the built-in SoundAlive equalizer. While, of course, the Gear Circle will work best with a Samsung device, it’s also compatible with many other smartphones and tablets which support Bluetooth 3.0 and above.

Availability details for the Samsung Gear Circle are still under wraps, but we expect the Bluetooth headset to go on sale soon via the eStore.