Two new Asus VivoMini PCs dubbed the UN42 and UN62, can now be purchased by interested parties in India by shelling out Rs 13500 and Rs 26500, respectively. Once you’ve done that, all you’ll need is a monitor, a keyboard and a mouse, as their small form factor offers you everything else that you’ve come to expect from a basic computer.

These mini PC systems will come with 64-bit professional versions of either Windows 8.1 or Windows 7 OS pre-installed on them. While the Asus VivoMini UN42 is fueled by a 1.4GHz dual core Intel Celeron 2957U processor, the VivoMini UN62 can be purchased with either a 4th generation Intel Core i3 or Core i5 processor aboard, according to your preference. 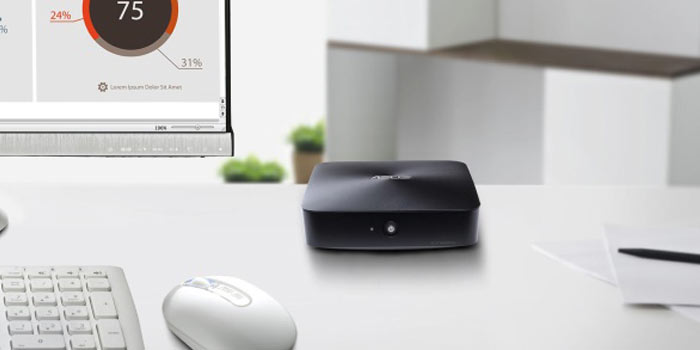 It has been revealed by Asus that the base model of the VivoMini UN42 kicks in 2GB worth of RAM which can be stretched till up to 16GB. Options for storage include a 32GB or 256GB SSD. The VivoMini UN62 variant grabs 4GB (or up to 16GB) worth of RAM, and this PC too comes with 32GB to 256GB SSD storage options.

These new compact machines from Asus bring in support for Wi-Fi as well as Bluetooth 4.0. They even house four USB 3.0 ports and terminals for HDMI, RJ45 LAN, display, audio, four-in-one card reader, Kensington lock and DC-in. They can support three independent displays via HDMI and DisplayPort++, and they even offer 4K/UHD visuals on compatible monitors.

Measuring in at 131mm x 131mm x 42mm, the Asus VivoMini UN42 and VivoMini UN62 will be released into the Indian market sometime this month, with their asking amounts starting at the above mentioned price tags of Rs 13500 and Rs 26500, in that order.