The Samsung Galaxy Tab S3 has made its way to India after getting launched at the MWC 2017 back in February this year. The brand had announced Wi-Fi only and LTE variants of the device at its debut, but has only brought the latter here.

The LTE-ready Galaxy Tab S3 will set buyers back by Rs 47990. Samsung has decided to release it via its own site and physical retailers today itself. It’s hoping to lure potential customers by offering a free screen replacement worth Rs 990 for units bought before July 31 and 28GB + 28GB of Reliance Jio data priced at Rs 309 per month valid till December 31.

One of the USP’s of the Samsung slate is the fact that it comes bundled with the brand’s new S Pen. The stylus has been upgraded with a thinner 0.7mm tip and an increased pressure sensor level of 4096. Another major plus point is the device’s AKG-tuned quad-speaker system which outputs sound out of all 4 corners and automatically follows the direction mode of the screen. 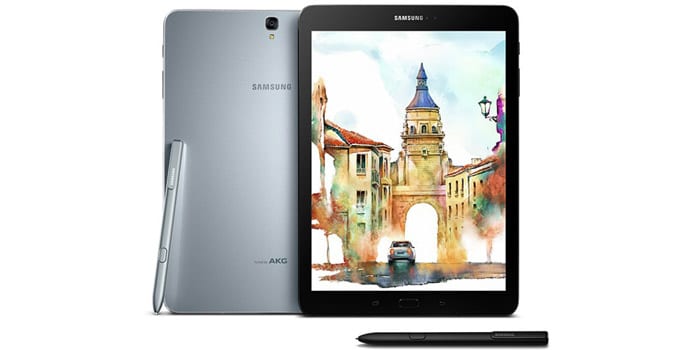 A large 6000mAh battery fuels the Galaxy Tab S3, supposedly guaranteeing up to 12 hours of video playback. The tablet’s Snapdragon 820 processor makes sure it’s 18% quicker than its predecessor and offers 3x faster graphics.

Samsung’s also announced a Rs 2999 Book Cover and Rs 8499 Keyboard Cover for the Galaxy Tab S3. The offering will be sold in black and silver colors across India.