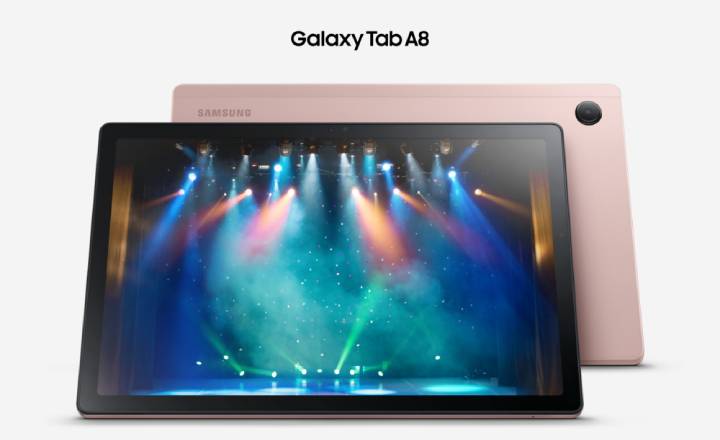 The Samsung Galaxy Tab A8 has gone official as a successor to the Tab A7 that was launched last year. This new offering from the South Korean giant comes with a faster processor, a larger display, and a few other upgrades.

Samsung has stopped short of mentioning what chipset powers this new tablet, however, a recent leak had mentioned that a 12nm Unisoc Tiger T618 SoC with two Cortex-A75 cores and six A55 cores will be powering it, taking assistance from a Mali G52 MP2 GPU. Although its predecessor had the Snapdragon 662 chip inside it, Samsung is boasting 10 percent higher performance on the device.

“We know people are increasingly turning to tablets for video calls, online classrooms, gaming, and streaming, so we equipped the Galaxy Tab A8 with brilliant new features to help you connect on a new level,” said Matthew Leem, Vice President of Global Brand Marketing Group, MX Business at Samsung Electronics.

For video calls, the tablet offers a 5MP front camera and a quad-speaker system with Dolby Atmos support. As for the rear camera, it’s an 8MP unit without a flash. A 7040mAh with 15W fast charging forms part of its offerings as well.

The Samsung Galaxy Tab 8 will be made available in January 2022 in the form of Wi-Fi and LTE models. While official pricing has been kept under the wraps for now, SamMobile reports that the Wi-Fi model will start at EUR 229 in Europe, while the LTE model will go for EUR 279.