Home Samsung Samsung Galaxy S III will take off in Canada via Telus and... 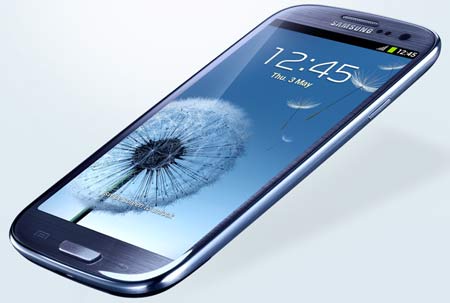 After striking a deal with major carriers in the UK, the Samsung Galaxy S III is packing its bags for a trip to Canada. An amicable partnership between Telus and Samsung has brought this ICS treat into the network operator’s 4G LTE network.

The combination of Android 4.0 and 4G LTE should speed up the user experience while downloading and web surfing. Apart from these major features, the smartphone brings forth an array of intuitive apps that carry out functions as intelligently as users could expect from a device of its caliber. Its sleek body sports a 4.8-inch HD Super AMOLED display on an exterior that’s said to be ‘inspired by nature.’

“Our customers have told us they love the Samsung Galaxy family and we are thrilled to bring the latest in the Galaxy line-up to Telus, Canada’s Galaxy Headquarters,” commented Brent Johnston, Telus vice-president of mobility solutions.

“We are committed to exceptional customer experiences and the new Samsung Galaxy S III not only brings to our customers an exceptional on-device experience but also access to TELUS’ Clear and Simple initiatives such as flexible rate plans, data notifications and our new trade-in program that allows customers to upgrade to the latest and greatest devices like the Galaxy S III more easily and more often,” added Johnston.

The Android Beam feature found in ICS devices has been tweaked for this Samsung handset and is dubbed S Beam. It allows transferring of heavier files by simply tapping a pair of Samsung Galaxy S III phones together. The device carries two snappers of 8MP and 1.9MP resolutions on the back and front panels, respectively.

The Samsung Galaxy S III price and availability details have not received a mention as of now. The models and pricing information will vary with respect to the carrier selling the device. Apart from Telus, Wind Mobile, Bell, Rogers and others in Canada are also expected to welcome it.