The Samsung Galaxy Note 5 Dual SIM has finally made its way to India and is now up for sale via the brand’s website. The new version of the phone was first unveiled in Philippines back in August last year and will set buyers back by Rs 51400 for the 32GB capacity.

Thanks to the arrival of the Samsung Galaxy Note 5 Dual SIM, the older single-SIM variants of the smartphones have received a price cut. To recollect, the previous handset had landed in India in September 2015 at Rs 53900 for the 32GB model and Rs 59900 for the 64GB one. Now the cost has dropped to Rs 47900 and Rs 53900, respectively. 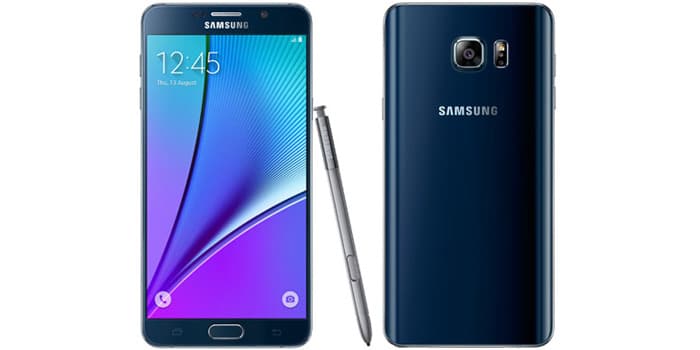 Other than the new dual-SIM functionality, the Samsung device appears to have the same features as its predecessor. There’s a 5.7-inch super AMOLED display which showcases its visuals in QHD and a 3000mAh battery with support for fast charging. The phone runs on Android 5.1 Lollipop with TouchWiz UI skinned on top.

A quick round-up of the top specifications of the Samsung Galaxy Note 5 Dual SIM:

The Galaxy Note 5 Dual SIM comes equipped with a 16MP camera which has been granted OIS, an aperture of f/1.9 and 4K video recording capabilities. A 5MP front-facing camera takes care of selfies and video calls. The device is powered by a 64-bit octa-core (4 at 1.5GHz and 4 at 2.1GHz) Exynos 7420 processer.

Like we said above, the Samsung Galaxy Note 5 Dual SIM is out now for Rs 51400 and can be bought here.