The Karbonn Quattro L50 HD has been launched in India, the first entry in the new handset series. The phone has been slapped with a Rs 7990 price tag but is selling for cheaper via various e-commerce sites such as eBay at Rs 7700.

Diving into its features, the 4G-ready Karbonn Quattro L50 HD runs on Android 5.1 Lollipop with a layer of the brand’s own Kandy UI 1.0 on top. Daily tasks are handled by a quad-core 1.3GHz processor of unknown make, with the help of 2GB of RAM. It showcases its visuals through a 5-inch IPS 720p screen and derives its power from a 2600mAh battery. 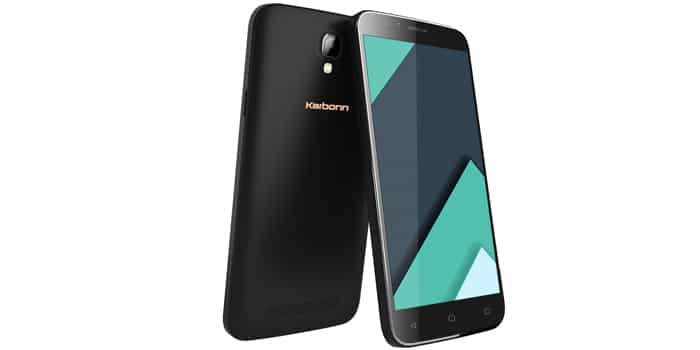 Karbonn guarantees the powerhouse can survive for up to 200 hours of standby time, 8 hours of 3G/2G talk time or 4 hours of 4G talk time. The device houses a 13MP primary camera with phase detection autofocus (PDAF), an aperture of f/2.0 and LED flash. A 5MP fixed-focus front-facing lens takes care of selfies and video calls.

Have a look at the main specifications of the Karbonn Quattro L50 HD:

The dual-SIM Quattro L50 HD has been blessed with 16GB of internal storage. Users who run out of room quickly can increase the memory capacity of the smartphone up to 32GB. Connectivity options consist of dual-band Wi-Fi, Bluetooth, microUSB 2.0 and GPS. The device measures 141 x 71 x 8.8mm in terms of dimensions and weighs 132g.

Like we said above, you can buy the Karbonn Quattro L50 HD at Rs 7700 via eBay India.