Samsung has launched the Galaxy J7 Prime along with the Galaxy J5 Prime in India, weeks after the former’s unveiling in Vietnam. The latter is scheduled to be available from the end of this month. The first of the two is now up for sale.

The Galaxy J7 Prime (seen below) is an upgraded version of the J7 model that was launched in May. It has a fingerprint sensor on the home button. Its 5.5-inch display is in full HD resolution, as compared to the 720p one in the base variant. The new handset hosts an 8MP front camera, while a 13MP shooter sits on the rear. 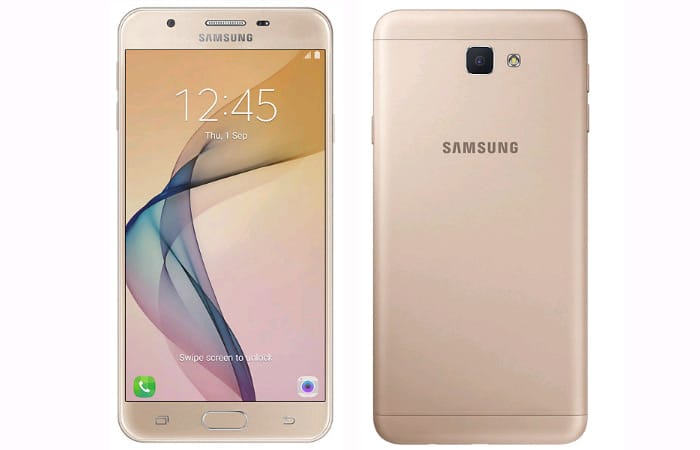 Samsung has clubbed up with Vodafone to offer a special data pack to J7 Prime buyers. Under this scheme, customers will have to pay for only 1GB internet on which they get 9GB extra for usage over three months. The device has support for 4G connectivity.

The dual SIM Galaxy J7 Prime is powered by a 1.6GHz processor combined with 3GB RAM which is another upgrade from the older version. Internal memory of the phone is of 16GB which can be expanded up to 256GB using microSD. Its Ultra Power Saving Mode saves battery life by turning off all background apps.

The Samsung Galaxy J7 Prime is priced at a little above Rs 18700 and is available on Amazon India. It is being sold in gold and black color variants. The Galaxy J5 Prime is pegged at Rs 14790, but is yet to hit sale.