The Samsung Galaxy J2 (2016) has been launched at an event in India, where it made its debut along with the new J Max. The former is all set to arrive in offline and online outlets on July 14 and will set buyers back by Rs 9750.

The headline-grabbing aspect of the Samsung Galaxy J2 (2016) is its Smart Glow LED notification feature. The colorful ring can be seen wrapped around the phone’s camera. It allows you to color code your contacts, phone usage alerts and apps. So if you assign a particular color to a friend, the ring will light up in that shade when they call you. 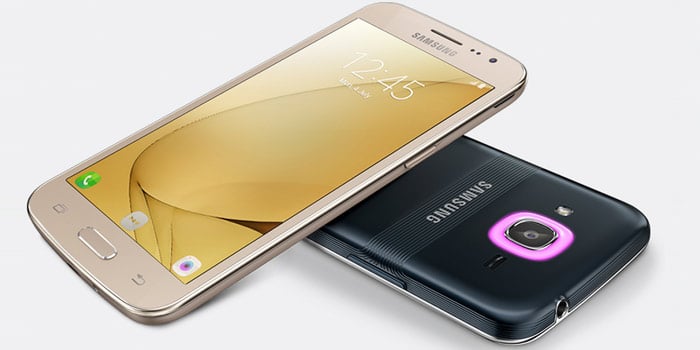 There’s also a neat Selfie Assist tool which lets you snap framed selfies from the primary camera. The ring is supposed to glow when your face is aligned and shoot the image automatically. Other major highlights of the Galaxy J2 (2016) include the addition of the manufacturer’s S Bike mode, UDS (Ultra Data Saving) mode, and Turbo Speed Technology (TST).

Samsung claims the technology helps the phone load apps up to 40% faster than other devices with twice the RAM. It apparently manages to do this by shutting down idle processes going on in the background and utilizing the minimum amount of resources to get a particular task done.

Here’s a neat look at the main specifications of the Samsung Galaxy J2 (2016):

The Samsung Galaxy J2 (2016) will be offered with an Airtel double data deal which gives prepaid customers 6 months of free internet access worth Rs 4500.