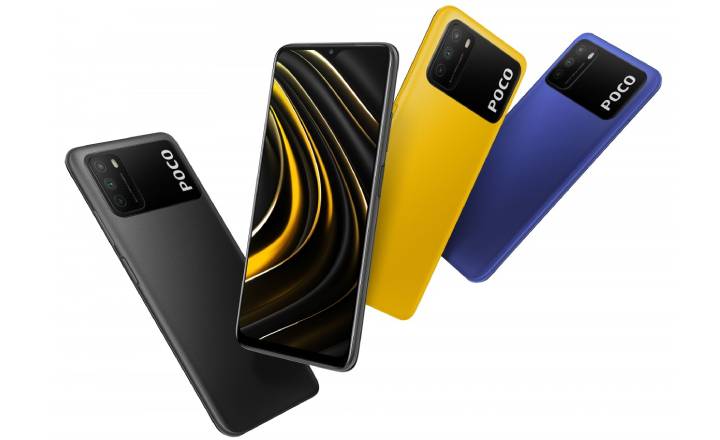 A new addition to the Poco M series has come forth in the form of the M3 handset that has just been launched. This affordable new smartphone from the company is highlighted by a triple rear camera setup and a 6000mAh battery with fast charging support. For now, it has only been unveiled for sale in Europe. Stocks will be made available on November 27, which also happens to be Black Friday. The phone’s price will be set at $129.

The Poco M3’s rear surface is home to a 48MP main sensor that’s complemented by a 2MP macro camera and a 2MP depth sensor. As for the front camera, it’s an 8MP unit. The phone is powered by a Snapdragon 662 chipset that’s occupied by a 2GHz octa-core processor and an Adreno 610 GPU. 4GB of RAM is common for both the models that offer  64GB and 128GB of storage. A microSD card slot is also present on the device.

The M3 boasts of a massive 6000mAh battery that promises 2-day usage. It’s accompanied by 22.5W fast charging. Speaking about its display, it’s a 6.5-inch IPS LCD with full HD+ resolution. As is common for phones from its price range, it also offers a headphone jack. Noticeably, the fingerprint scanner of this device has been placed on its side surface.

The Poco M3 runs a special version of MIUI 12 based on Android 10. As we said, it will be made available for purchase in Europe from November 27 onward. Retailers like Amazon, AliExpress, Alza.ca, eMAG, Lazada, Mi.com, Mi-Home.pl, and X-Kom will be stocking it on day one. The price of its 64GB storage model has been set at $129, while that of its 128GB storage variant has been kept at $169.