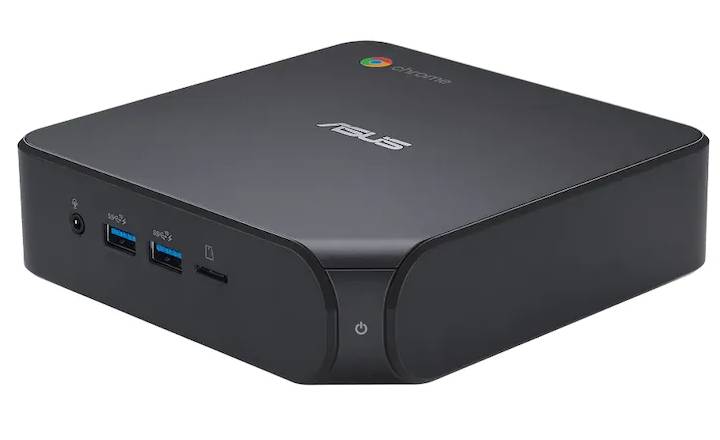 The Asus Chromebox 4 has been launched as the newest Chrome OS-based mini PC that comes with 10th-gen Intel Core processors inside it. It will be sold in the US at a starting price of $289 and is expected to hit store shelves this December. This new machine succeeds the similar-looking Chromebox 3 that was unveiled at the Consumer Electronics Show (CES) back in 2018.

The Chromebox 4’s processor options range from the Intel Celeron-5205U and go up to Core i7-10510U. Buyers will also be able to choose between 4GB and 8GB of RAM. Storage options for eMMC storage include 32GB and 64GB, whereas choosing M.2 storage will give you the options of 128GB or 256GB. The Chromebox 4 also supports Wi-Fi 6.

Asus has confirmed that the new machine comes with Google Play support, providing you with access to Android apps. The product has also been blessed with dual-band Bluetooth 5.0 support. The hardware itself includes two USB 3.1 Gen 2 ports, one 3.5mm audio jack, one USB 3.1 Gen 1 Type-C port, two HDMI 1 ports, and one LAN port.

The Asus Chromebox 4 can support up to three 4K displays. It has been granted a VESA mount with a screw-in rubber barrier that lets you attach it to a monitor in order to make your build look like an all-in-one PC.

The Chromebox 3 that was launched in 2018 offers 8th-gen Intel Core processors and had a similar build to its successor. Just like the Chromebox 4, the older model too was able to run Android apps natively. Both the models have their weights set at around 2.2 lbs.

Like we said, $289 is the starting price of the new Asus Chromebox 4 mini PC that will be made available for purchase in December.