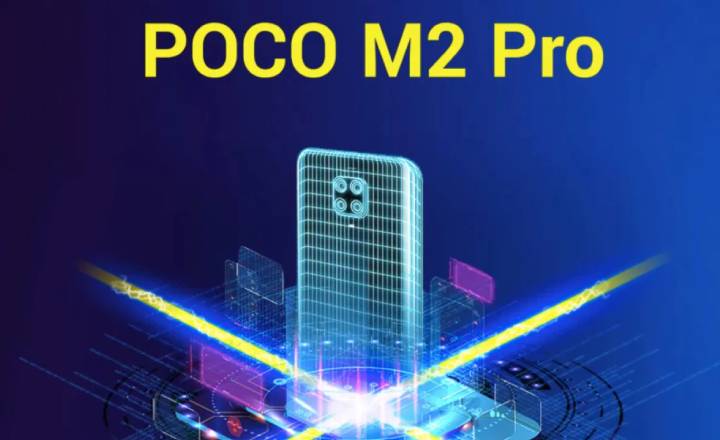 The rumor mills have been churning out details about the Poco M2 Pro for quite some time now, and we finally have a launch date to look forward to. July 7 has been confirmed to be the date on which the product will be officially unveiled by the company. Media invites for the virtual launch event have been sent out, and the visual attached in them tells us that the phone will ship with a quad camera setup on its rear surface.

The Poco M2 Pro launch will take place at 12 pm noon (IST) on the above-mentioned date. As you can see in the image above, the device will encase its four cameras is a squarish arrangement instead of the vertical arrangement seen on the Poco X2 that’s being sold in the market right now.

Although other specifications of the M2 Pro haven’t been revealed by the company, we do have an idea about what some of them will be. A few weeks ago, the smartphone had surfaced on the Bureau of Indian Standards (BIS) website with the model number, M2003J6CI. That’s the same model name that was also spotted on the Bluetooth SIG and Wi-Fi Alliance websites earlier.

Both the sites had suggested that the Poco M2 Pro will come with support for Bluetooth v5.0 as well as dual-band Wi-Fi connectivity. Word on the street is that it’ll incorporate the Qualcomm Snapdragon 720G SoC into its offerings as well. It’s being said that this handset could be a rebranded version of the Note 9 Pro, but nothing’s certain at the moment.

For now, those excited about the Poco M2 Pro can look forward to July 7, which is the date on which it will be unveiled through a live stream.