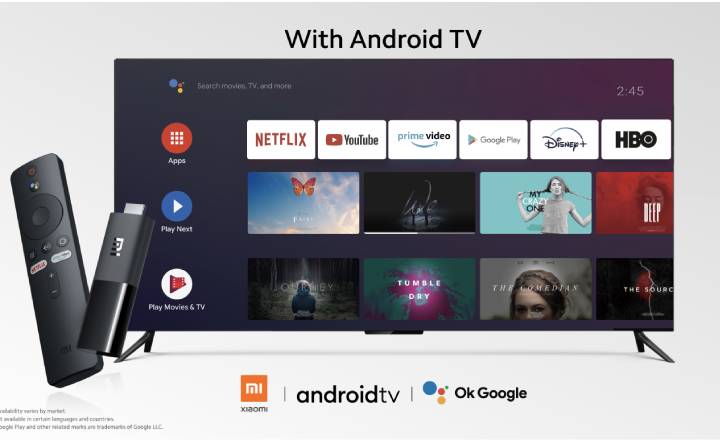 Xiaomi has announced the launch of its new Mi TV Stick which seems to be a direct rival to the Amazon Fire TV Stick. Like the other gadget, this one too offers full HD streaming capabilities, but unlike Amazon’s alternative, it relies on Google’s Android TV platform to provide the interface. This new gadget has been launched in Europe for the time being. Its price has been set at EUR 39.99, which translates to around Rs 3,400.

The product will, of course, connect to the TV via its HDMI port and allow users to grab access to their Netflix, Prime Video, Hotstar, YouTube, Voot, Zee5 and other streaming accounts in one place. The Mi TV Stick also supports Google Assistant, which can be accessed by voice using its remote. Moreover, Chromecast support is also onboard for when you wish to cast content from your phone to your TV.

Availability details about the MI TV Stick are very slim at the moment. We don’t even know whether Xiaomi plans on bringing the device to India anytime soon. What we do know is that it’s powered by a quad-core processor that coupled with 1GB of RAM. 8GB worth of storage is provided for the apps, along with Dolby Audio and DTS support. Netflix and Prime Video apps will come pre-installed and can be accessed using dedicated buttons on the Mi TV Stick remote.

In May this year, Xiaomi launched its Mi Box 4K streaming device in India. Considering that this product is priced at Rs 3,499, despite its 4K streaming capabilities, we can expect the Mi TV Stick to have quite an attractive price tag. After all, it will help it better cut the sales of the Amazon Fire Stick, which costs Rs 3,999.