Home Games Path of a Warrior: Imperial Blood Mobile Game released in the US 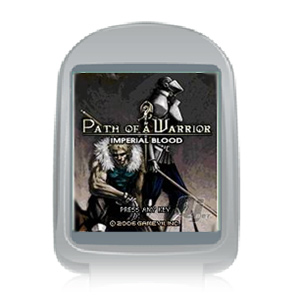 Gamevil UA, an LA-based publisher of mobile games has announced the launch of the ‘Path of a warrior: Imperial Blood’ for mobile phones. This game is an epic role-playing game which offers a multiplayer mode as well.

Stephanie Huang, Marketing Manager of GAMEVIL USA, “We wanted to take mobile gaming to the next level with networked game play and further enhance the player’s experience. It’s surprising that there’s not that many mobile games already out there that utilize that kind of multiplayer technology. The option for users to play with their friends makes mobile gaming even more enjoyable, and we wanted to give our players that experience with the multiplayer feature in Path of a Warrior: Imperial Blood.”

In Path of a Warrior: Imperial Blood, the nation is suffering from a civil war after the death of the Emperor, and the outcome of the war will depend on the choices the player makes throughout the game.

Players can level up their characters, build up their experience and earn gold to purchase items in single player mode, then login to the multiplayer version with their upgraded characters.

Path of a warrior: Imperial Blood is available for mobile phones in the US.