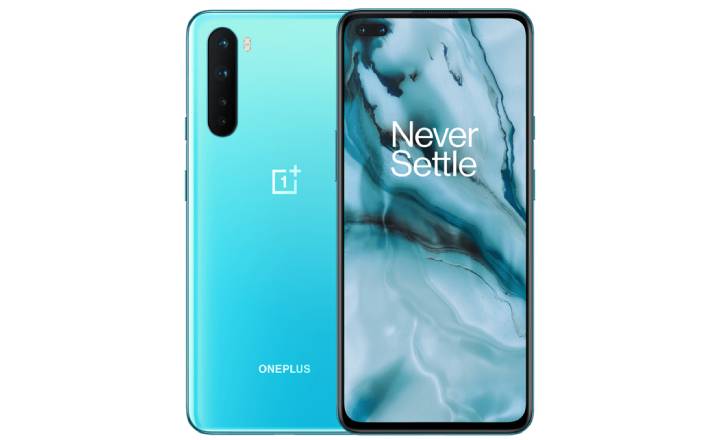 Unveiled in July this year, the OnePlus Nord smartphone is already available in the Indian market, albeit in its 8GB and 12GB RAM models with 128GB and 256GB of storage. While interested parties are snapping up these at Rs 27,999 and Rs 29,999, respectively, those awaiting the cheaper 6GB RAM version with 64GB of storage will be able to grab it off of Amazon from September 21 onwards, in exchange of Rs 24,999.

The OnePlus Nord range is aimed at bringing features from the company’s premium phones into the mid-range segment. It hence offers a display with a 90Hz refresh rate and a quad-camera setup with the 48MP Sony IMX586 sensor as its main camera. It’s got glass on its front and back while its buttons are made from aluminum.

At the heart of the Nord is the Snapdragon 765G chipset with its 2.4GHz octa-core processor and an Adreno 620 GPU. On the front, the display is blemished by a dual hole-punch that occupies two front cameras, one with 32MP resolution and the other, 8MP. The latter is accompanied by an ultra-wide-angle lens. The battery inside this device is a 4115mAh unit with 30W fast charging support.

The display that we talked about earlier is a 6.4-inch Fluid AMOLED panel with full HD+ resolution. An optical fingerprint reader sits underneath this panel. As for the rear cameras of this OnePlus phone, they include a 48MP main snapper with a regular wide lens, an 8MP ultra-wide-angle camera, a 5MP depth sensor, and a 2MP macro sensor. The main camera has OIS and there’s support for gyro-based EIS for videos as well.

As we said, the new 6GB + 64GB model of the OnePlus Nord will be made available via Amazon from September 21 onwards at Rs 24,999.