The OnePlus 5T Lava Red edition has officially made its way to India after making its debut in China back in November 2017. Like always, the phone will be sold via Amazon India and the company’s site.

Sales are set to begin from January 20, with registrations open right now. Thankfully, the price hasn’t budged from Rs 37999 so you won’t have to pay extra for the red paint job. OnePlus is only making it available in a 128GB of storage and 8GB of RAM variant, so anyone hoping for a cheaper 64GB of ROM and 6GB of RAM version will be disappointed.

The Lava Red OnePlus 5T has arrived in India after a number of fans asked the company to bring the option to India. The glossy crimson look was obtained through a mix of double blasting, AF coating, and two anodic oxidation processes. Nothing has changed in terms of specs or software, with the exception of a specially designed wallpaper. 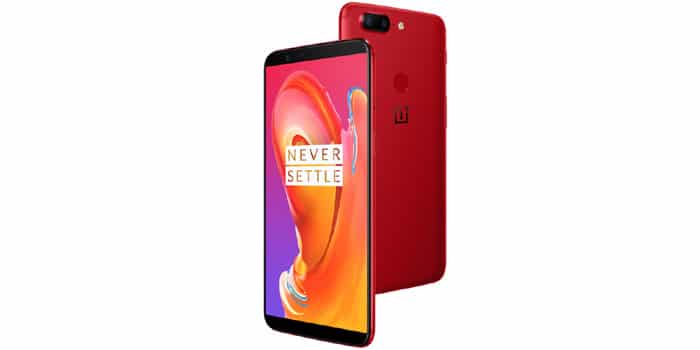 With the arrival of the OnePlus 5T Lava Red, the device is now available in Midnight Black and Star Wars Limited Edition. However, the latter is nowhere to be found online. Perhaps the brand ran out of units and is no longer selling the variant. Another explanation is that it’s paving the path for the launch of the identical-looking Sandstone White model.

You can buy the OnePlus 5T Lava Red via Amazon India and the company’s website.