Home Nokia Nokia N9 out in the U.S. through Expansys 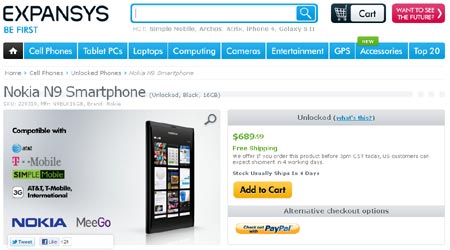 Although we recently heard that the Nokia N9 will not be officially available in the U.S., it looks like Expansys does have some units to offer. The unlocked version of this handset can now be grabbed in the U.S. through the online retailer.

The N9 is the only device till date by the Finnish manufacturer which operates on the MeeGo 1.2 Harmattan mobile platform. The handset is originally dressed in striking shades like magenta, cyan, and black. But currently, it seems like Expansys has only the black variant to offer.

The unusual mobile OS may garner varying reviews from different people with diverse needs, but it does have some refreshing changes to offer. Firstly, it leands support for Microsoft Office documents like Word, Excel, Powerpoint, as well as synchronization of MS Outlook contacts, calendar and Mail for Exchange. 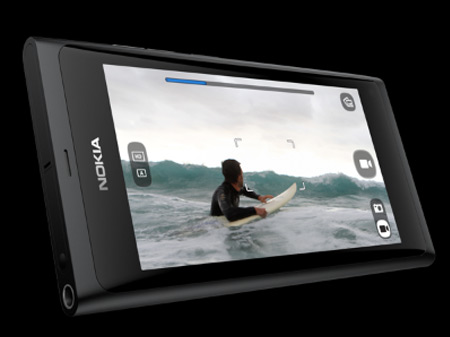 Apart from this, the Nokia Link even recognizes PDF and Open Document Formats. Also, the smartphone gives a taste of Apple in a way of its own. The Nokia Link feature is capable of connecting with iTunes as well as iPhotos. The function is aimed at helping users to keep their multimedia content organized, and to sync it with a PC.

The technical specifications of this device reveal a 3.9-inch capacitive AMOLED display guarded with Corning Gorilla Glass, 1GB RAM, and more. In terms of internal memory, the handset comes with two options, 16GB or 32GB. However, Expansys only has the 16GB variant in stock. The rear of this handset is also adorned with an 8MP camera, which is equipped for shooting 720p HD videos as well.

The Nokia N9 price at Expansys is $689.99. The unlocked device can now be ordered online from the retailer.