Signs of the Nokia Lumia 625 landing in India have become prominent, considering that an online shopping outlet has enlisted the device. It was only last month that Nokia had officially launched the Windows Phone 8 gadget and already, the buzz around town says it’s arriving in the country before the end of August, just like the 925 and 1020.

For those who haven’t been in the loop, the Nokia Lumia 625 flaunts a 4.7-inch Super Sensitive IPS HD touchscreen which is by far the largest display presented to any smartphone belonging to the series. However, in this day and age of full HD touch panels, the handset settles for a screen encompassing a 480 x 800 pixel resolution. 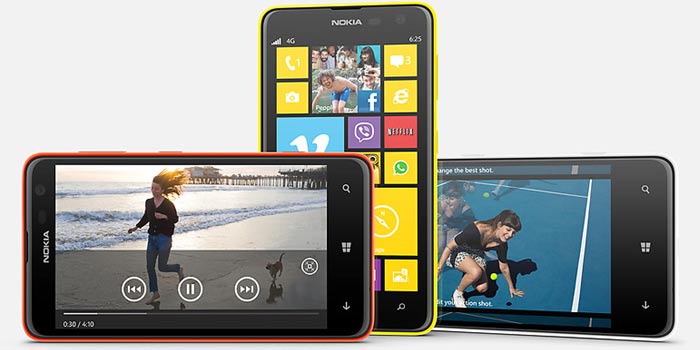 On flipping the phone over, users will find a 5MP camera bundled with features such as auto focus, an LED flash and 4x digital zoom. Placed at the heart of the device is a dual core Qualcomm Snapdragon S4 processor that runs at a clock speed of 1.2GHz, while seeking assistance from 512MB of RAM.

There’s 4GB worth of internal hoarding space, in addition to which an inbuilt expansion slot permits increasing the overall capacity by up to 64GB via a microSD card. Apparently, the onboard 2,000mAh battery is capable enough to grant up to 23.9 hours (2G) or 15.2 hours (3G) of talk time, if not roughly 23 days of standby.

Those who have been enticed by what the Lumia 625 has to offer will find it on HomeShop18, albeit without any price details. 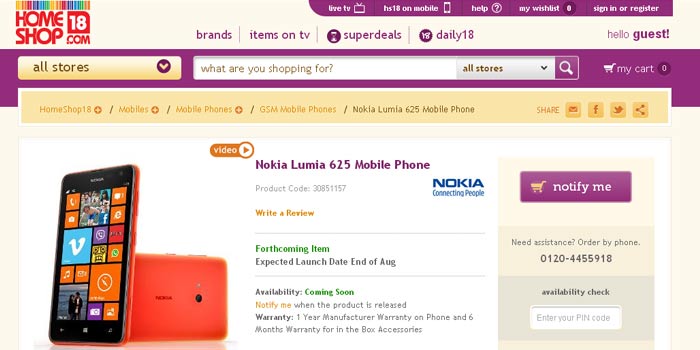