The rumors are flying so thick and fast, there’s little chance Nokia won’t be reentering the market with smartphones running on Android. Two versions of what was initially thought to be the D1C have been leaked. We’re now being told that it’s actually the Nokia E1 working on Android Nougat.

So there will be an expensive, flagship E1 as well as a mid-range variant. The thing with rumors is, few people remember who said what after the release of a much-anticipated device. So while the launch date of the first Nokia Android phone/s is far away, you’ve got to take the leaks with a pinch of salt.

Consider the first photo of what is allegedly the Nokia E1 (previously reported as Nokia D1C). It’s extremely blurry and features a generic smartphone with the company logo on the upper right side. It doesn’t show a whole device; just the frame of its front panel. You can see right through the speaker grill. 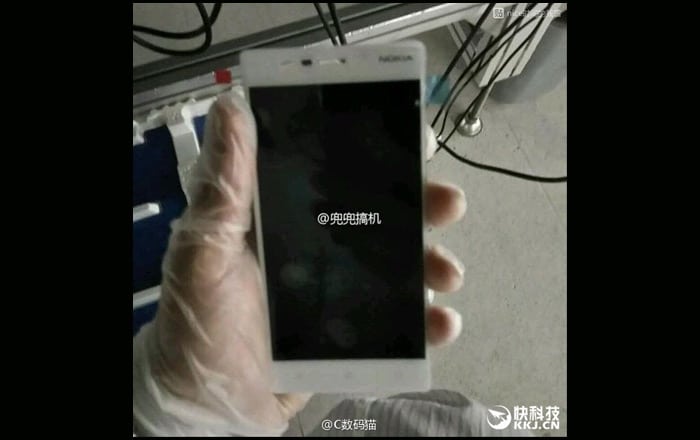 Although the source of story (The Android Soul) had initially called it the D1C, the concerned post was updated with a picture of what is believed to be the firmware build installed on the handset. In that, it is referred to as the Nokia E1.

The Nokia E1 or D1C or whatever the Android phone will be called, is expected to be unveiled either during next month’s Consumer Electronics Show or at the 2017 Mobile World Congress in late February.