Moving in on the net neutrality debate, MTS has announced internet calling tariff plans that it says are in full support of an equal web for everyone. Sistema Shyam TeleServices Ltd has launched the bundles for prepaid as well as postpaid subscribers across India. It’s a well calculated move to gain some goodwill from consumers who have been protesting against major telecom brands demanding the right to charge separately for OTT (over-the-top) services like WhatsApp, Line and Skype.

Painting its offerings as ‘net neutral internet calling’ schemes and ‘anti-zero rating plans,’ MTS claims that it plans to save the worldwide web. These OpenWeb schemes are meant to let subscribers go anywhere online, chat or call ‘freely and fairly.’ One of the prepaid plans for Rs 499 for 28 days enables users to transform their data into minutes. Thus for 5GB, they get 5000 minutes of internet calling, the conversion being calculated based on standard voice codecs. 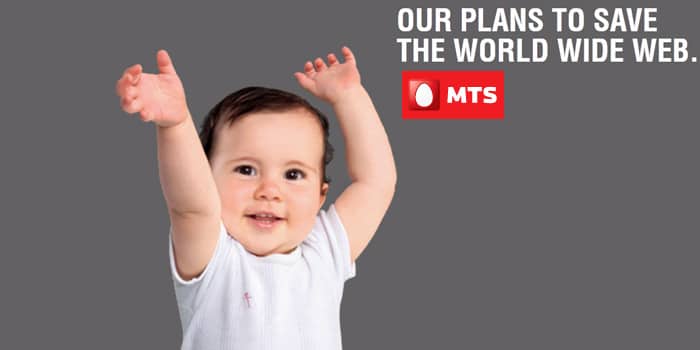 The other prepaid plans being extended by MTS cover 7GB, 20GB and 18GB schemes for Rs 699, Rs 999 and Rs 1599, respectively. The first two are valid for 28 days, and the last one will get customers through 90 days. The 20GB plan is for 10GB usage at night, and the rest during the day. After a consumer has exhausted their data, it gets charged at 3 paise per 100Kb. The postpaid bundles obviously expire after 1 month.

The Rs 599 plan provides 5GB plus unlimited data for consumption during the day, while it is limited to 5GB only at night. For Rs 799, MTS subscribers can avail of 7GB unlimited data between daytime hours and 7GB limited usage at night. Those willing to part with Rs 999 get 12GB data on similar terms and conditions. Users willing to dig even deeper into their pockets can take advantage of 30GB unlimited internet surfing.

MTS fans who pick any of the unlimited plans will have to contend with throttled speeds post the amount of data mentioned above.