The Motorola X phone is once again in the news, this time disclosing itself in a full frontal profile or at least that’s what seems to be the rumor. There’s some good news in tow with speculations outlining August 1 to be the day when Motorola and Google plan to take the wraps off the handset, while we can continue to believe at the moment that it will be alighting in stores sometime during November.

Seen below is the device that is currently being tested on Sprint’s 4G LTE network, as indicated by the folks over at Phone Arena. It is probably the name tag given to the handset, XT1056 to be precise, which has lead to the belief that it is indeed the Motorola X phone heading towards the market within a couple of months. 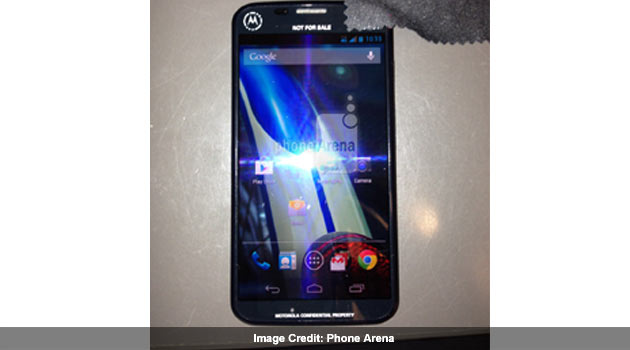 Estimations pertaining to the gadget are still fickle, seeing as the manufacturer and Google have both chosen to be quite discreet about the matter. In fact, all that the company’s CEO, Dennis Woodside, managed to let out at a conference held last month was that the device is capable enough to anticipate his needs.

With so little revealed by the conglomerate, the only choice left for now is to rely on the buzz around town. It has been said that the handset’s screen might just turn out to measure 4.5 or 4.6 inches, but the aforementioned post still prefers to rely on previous speculations which have implied that the OEM is crafting a 4.7-inch contender. Android 4.2.2 may be on the cards as well and users could bank on finding a 1.7GHz Qualcomm SoC under the gadget’s roof.

16GB of internal memory is what the X phone will be destined for, to fulfill storage needs, while 2GB of RAM should also be a resident from within the chassis. With nearly two months to go for the purported unveiling, we cannot really be certain about the manufacturer mentioning the device’s price and availability anytime soon.