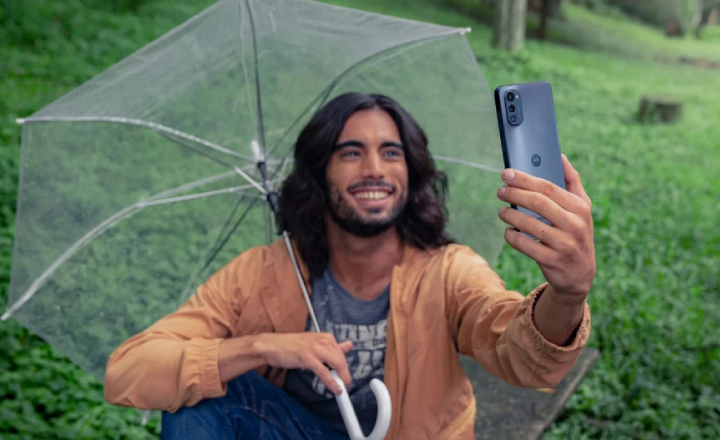 The Moto E series has received its latest addition in the form of the E32s, which has so far only been launched for the European market. The phone, with its triple rear camera setup and a 90Hz display, will retail at EUR 149.99 in Europe and will hit Japan and India in the coming weeks.

Motorola has blessed the Moto E32s with a polycarbonate body. Its rear surface is highlighted by a vertically aligned triple-camera setup and as for its front surface, it’s blemished slightly by a punch-hole that’s home to its front camera. The bezels on all sides are pretty thin. Misty Silver and Slate Gray are the two color options it will be made available in.

The Moto E32s is home to a 6.5-inch LCD with HD+ resolution and a 90Hz refresh rate. Its rear camera setup is headlined by a 16MP main camera. This sensor is complemented by dual 2MP snappers that are aimed at portrait and macro photography. The phone can capture 1080p videos but not 4K.

On the front of the new Motorola device is a 16MP selfie camera. This phone runs on the MediaTek Helio G3 chipset. This two-year-old SoC with its 12nm processor looks like one of the main drawbacks of this phone. Android 12 with My UX is the software of choice for the device.

When it comes to battery life, buyers of the Moto E32s can expect a lot since it carries inside a 5,000mAh power pack. That huge battery is backed by 18W fast charging, which although not very fast, still offers decent speed.

As we said, the Moto 32s has only been unveiled for sale in Europe for now but Motorola definitely has plans on releasing it in Japan and India in the coming weeks.