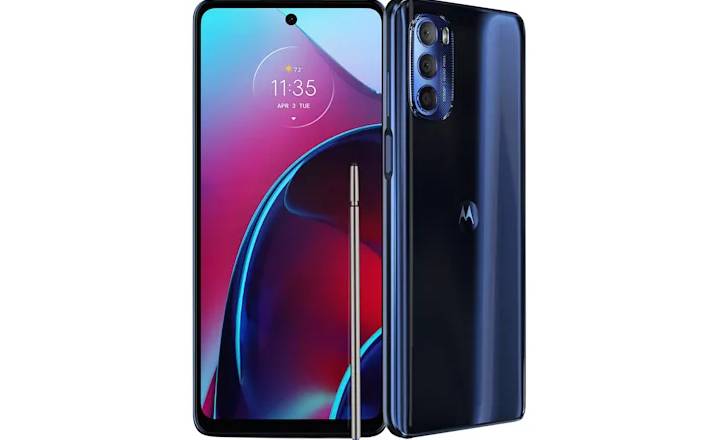 The Moto G Stylus has been refreshed by Motorola for 2022 but this update doesn’t look all that interesting. Sure, it does get a 90Hz display instead of last year’s 60Hz panel and it also packs a bigger 5000mAh battery but all the other additions (or the lack of them) are pretty last year.

Take, for instance, the fact that it doesn’t offer 5G connectivity. Besides, it has replaced the Snapdragon 678 chipset from last year’s model with the MediaTek Helio G88. Another aspect that won’t bode well with potential buyers is that it runs Android 11 rather than 12.

There’s an update in the memory department though, with 6GB of RAM being standard now. The storage is still 128GB, which won’t leave many people complaining. Plus, there’s the added benefit of a microSD card slot as well.

As far as the camera system goes, the resolution of the main camera gets a slight bump, as it goes from 48MP to 50MP. You also get an 8MP ultra-wide snapper and a 2MP depth sensor for portrait shots. As for the front camera, it’s still a 16MP unit.

As we said, the display onboard the new Moto G Stylus 2022 has a 90Hz refresh rate now. Its resolution is still FHD+, while the size of this panel also remains unchanged at 6.8 inches. Its new 5000mAh battery doesn’t come with fast charging support.

Last year, months after releasing the 2021 model of this phone, Motorola had come up with its 5G version. Perhaps, it plans on doing the same this year.

For now, those wishing to purchase the Moto G Stylus 2022 in the US can head over to Amazon, Best Buy, Motorola or Walmart and snag one for just $300.