Online retailer Flipkart has started selling the second generation of Motorola’s Moto E 4G which went up for pre-order last week, for a price of Rs 7999. This launch comes more than a month after the plain old 3G version of the smartphone was released in India for Rs 6999, a whole Rs 1000 less than the newer handset.

The one major improvement that the 2nd gen Moto E 4G LTE has over the 3G variant is its chipset. The latter device runs on a 1.2GHz quad core Snapdragon 200 processor, while the former uses a quad core Snapdragon 410 SoC clocked at the same rate. Motorola (now owned by Lenovo) dishes out its software updates pretty quickly. 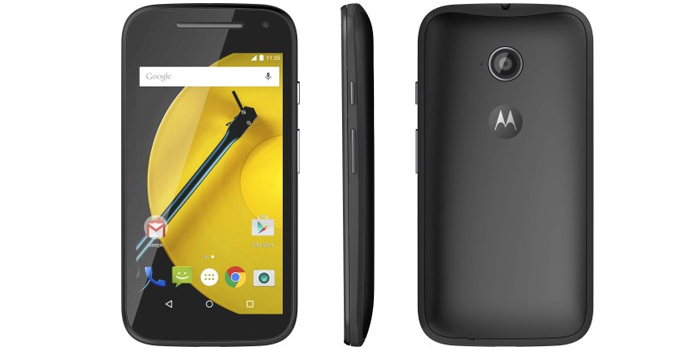 So you can expect this year’s Moto E to get an upgrade to a revamped version of Android Lollipop whenever it’s available. Right now, the latest version of Android which is Lollipop 5.1, is yet to hit the series. As for the specifications, Motorola has disappointed us with the 5MP camera without flash, VGA webcam, 1GB RAM and qHD quality display.

Here’s the link to the Flipkart page from where you can have your pick of the 2nd gen Moto E 4G and other versions of the smartphone that are available for sale.