After years of pining for its own devices unit, all Microsoft does is release underwhelming smartphones like the Lumia 540 dual SIM, month after month. If you can remember the name of at least one recent Lumia handset that blew your socks off, pray remind us about it. The new Windows Phone offering is not the flagship from Microsoft that ought to have been released by now.

The Microsoft Lumia 540 is just a mid-range phone with a bunch of underwhelming specs to boot. We’re not saying there’s no more market space for an inexpensive Windows Phone option. But there’s a feeling in the air that a flagship product straight from Redmond should have reached the rumor mill by now. Maybe Windows 10 will deliver the appropriate support for much better hardware. 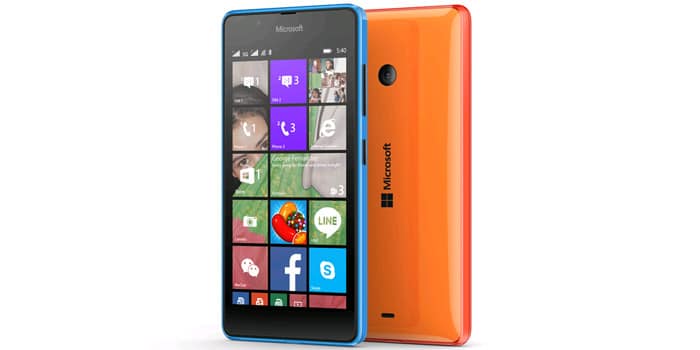 The Lumia 540 makes do with 1GB of RAM and a quad core Snapdragon processor clocked at 1.2GHz. On the front, it has a 5-inch HD touchscreen with a 5MP selfie cam crowning it. The back panel is given to an 8MP camera with an LED flash unit and auto focus. Although Microsoft has stuffed Windows Phone 8.1 with Lumia Denim into the handset, it is supposedly ready to handle a Windows 10 update.

Microsoft will be rolling out the new Lumia phone in the expected shades of black, white, orange and blue. You get 8GB of internal memory along with support for a 128GB microSD card. The company has also thrown in an additional 30GB of cloud storage through its OneDrive service. If you don’t ask for more from a mid-range smartphone, this device is not the absolute worst you could buy.

The price of the Microsoft Lumia 540 dual SIM phone could be lower than Rs 9500 when it hits India since the company has put a tentative tag of less than $150 to it. The release date is slated for May and the regions in which it will be launched also cover the Middle East, Asia Pacific, Africa and Italy.