The most recent update to WhatsApp which introduces voice calling capabilities does tweak the UI to a small extent, though there are huge visual changes inbound for the near future. The software company is busy overhauling the entire interface by giving it a Material Desire look to match the aesthetics of Android Lollipop.

And the best part is that the updated WhatsApp for Android application is already available for download. The only issue here is that it isn’t obtainable through the Play store as yet, but via the company’s official website. You’ll have to manually download the APK and install it after enabling unknown sources from the settings menu under security. 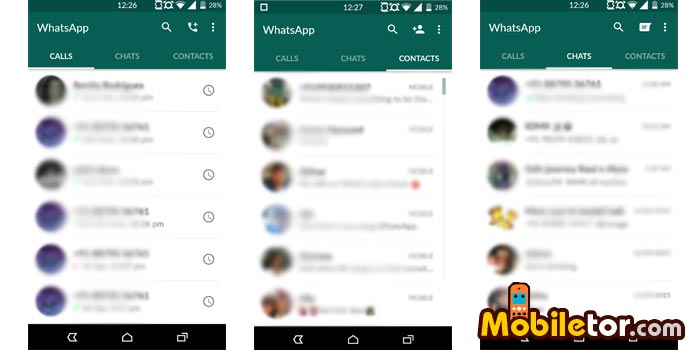 Where changes are concerned, the new WhatsApp for Android application offers new animations that look great and a fresh circular style for contact images. Functionality-wise, nothing has been modified and the first thing you’ll notice is the new dark green hue which covers the task bar and the accompanying tabs.

The task bar also disappears when you scroll through contacts and chats, giving you more viewing space. The in-chat WhatsApp UI has undergone various tweaks, albeit small visual enhancements. And the attachments tab also has a fresh look with better icons, and a new transition effect as well. 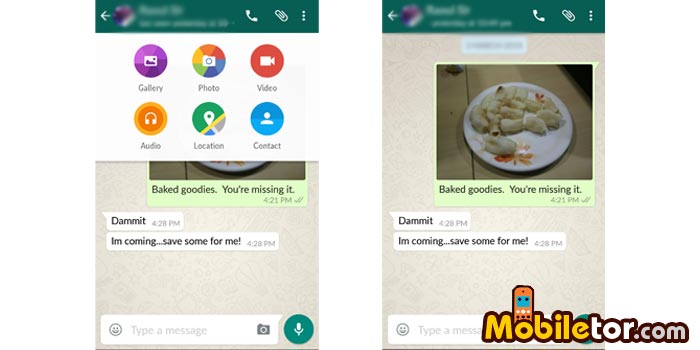 What you should know before downloading the app is that the developer is still making changes to it and this was noticed by Android Police which spotted multiple versions starting at 2.12.33 up till 2.12.38. The one we downloaded is version 2.12.42 and there could be newer apks available already. As for a full rollout, it could take days or even weeks for the new WhatsApp Android app to be made available via the Play store.