As part of yet another flash sale, the Yu Yureka managed to sell off 25000 units in just 7 seconds through Amazon today, thus demonstrating once again the kind of demand it possesses in the Indian market right now. Naturally then, its makers are ready to launch a successor to it, and we now know that it will be called the Yu Yuphoria.

Several names like Yuknight, Yunicorn, Yunity and Youth were tossed up by the company for fans to decide which one they want. Based on the many votes it received, Yuphoria was chosen to be the final moniker of the Yu smartphone that was being referred to by its codename ‘Project Caesar’ until now.

Details about this new smartphone are still not completely out, but we do have an idea of what some of its specs will be. For one, it will come equipped with the Android 5.0 Lollipop-based Cyanogen 12 OS. Moreover, it will be powered by a 64-bit processor and 2GB of RAM. 16GB of stock storage will also be present on it.

Also Read: Xiaomi breaks exclusivity deal with Flipkart to team up with Amazon and Snapdeal

The Yuphoria will be riding high on the tremendous success of its predecessor, the Yu Yureka which ended its thirteenth flash sale on Amazon today. Priced at just Rs 8999, if features a 5.5-inch 720p HD display, an octa core Qualcomm Snapdragon 615 CPU, a 13MP rear camera, a 5MP front snapper, a 2500mAh battery and other advanced offerings. 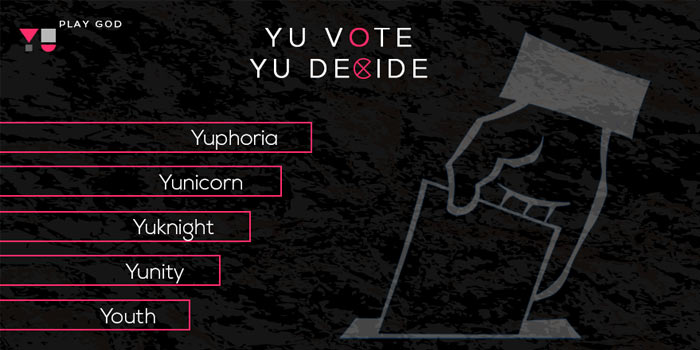 We don’t quite know when the Micromax Yu Yuphoria will be officially unveiled, but that date is definitely inching closer. As for the Yureka handset, registrations for its next flash sale will commence later today.