Home Other Brands Fitted with a 4000mAh battery, Lenovo P70 pops up in India for...

Large battery smartphones are of no shortage in India, but they don’t really come with top-tier hardware like what you’d get with the Lenovo P70. The said device will soon get officially launched in the country and until then, it’s already up for pre-order carrying a super large power pack of 4000mAh and a price tag of Rs 15999.

The Lenovo P70 smartphone is basically the successor to the P780 handset which also has the same battery capacity, but specs that are now outdated. The phone was launched back in February and two different versions were showcased, one having a quad core processor and the other packing an octa core 64-bit chipset clocked at 1.7GHz. 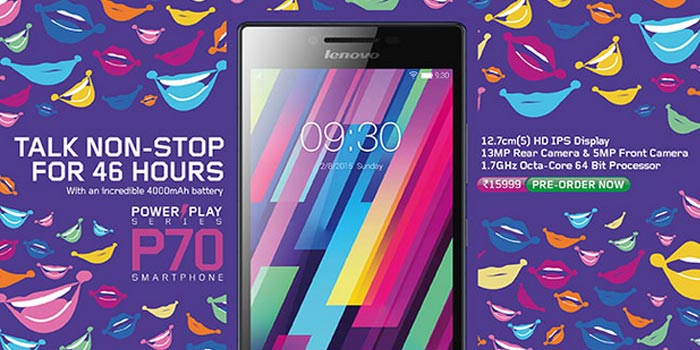 Fortunately, it’s the latter Lenovo device which has made its way into India. The SOC is the MediaTek MT6752 and is accompanied by 2GB RAM and 16GB of internal storage. There’s also microSD expansion to add more hoarding space. The 4000mAh battery is the main highlight of handset and the company notes that you can expect up to 48 hours of talk time on a single charge.

Also see: Lenovo A7000 will sell exclusively by Flipkart via flash sale on April 15 at Rs 8999

And despite having a huge power pack, the P70 is just 149 grams heavy and measures 8.9mm thick. The innards also make room for dual SIM card slots with 4G LTE support. Coming to the outside, there’s a 5-inch 720p HD display on the front with a 5MP snapper, while the rear has a 13MP shooter. 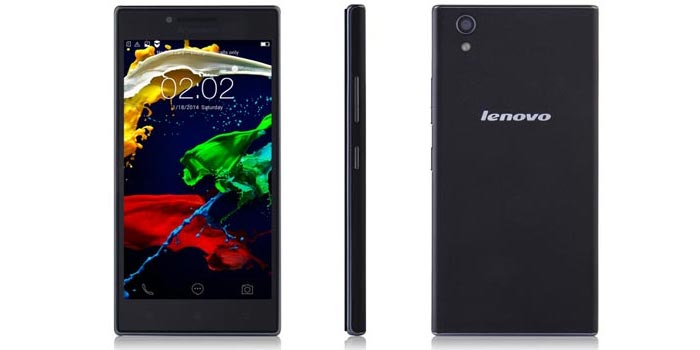 Here’s a quick overview of the key Lenovo P70 specifications:

You can pre-order the Lenovo P70 through The Do Store and the smartphone will be released on April 14.