Out for purchase in India right now is the Spice Stellar 549 phablet which has been blessed by its makers with a big 5.5-inch display and an extremely affordable Rs 6699 price tag. It can be bought now through Saholic in a single grey color option, but it ships with two different rear panels to help you give it a makeover whenever you wish to.

Additionally, this device apparently also comes bundled with a 1600mAh power bank. That’s probably because the 2200mAh removable battery of the Spice Stellar 549 wouldn’t be able to handle its large 5.5-inch panel in an efficient manner. 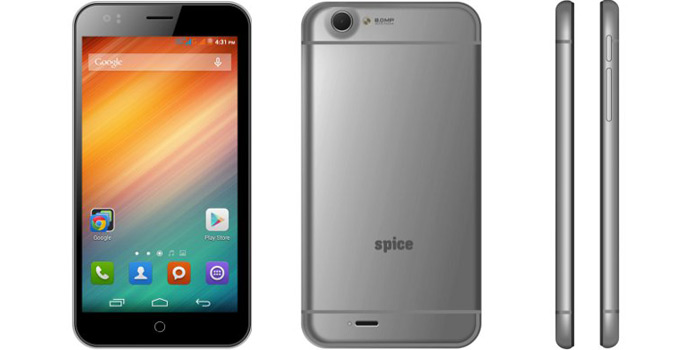 This Spice handset has been fitted with an 8MP rear camera and a 2MP front one. Its internals are highlighted by a 1.3GHz quad core processor that’s accompanied by a Mali 400 GPU and 1GB worth of RAM. Apart from 8GB worth of storage space, there’s a microSD card slot present on it as well, for further storage expansions of up to 32GB.

The Stellar 549 runs the Android 4.4 KitKat OS, and there’s no word on whether an update to the much loved Lollipop version will be issued for it in the future or not. The 5.5-inch panel on its front surface showcases its visuals in a 960 x 540 pixel resolution.

Here’s a neat look at the specs of the Spice Stellar 549 smartphone: 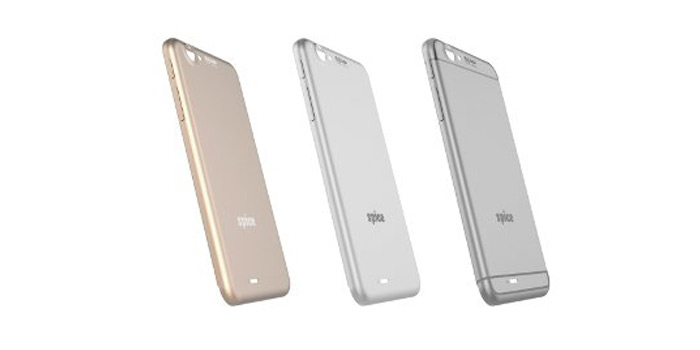 You can head over to Saholic right now if you’re interested in buying the Spice Stellar 549 smartphone for yourself.