Home LG LG Voyager with Verizon to come out soon 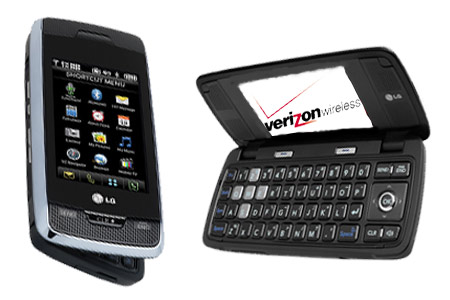 Information about the upcoming LG Voyager mobile phone was already been doing the round on the Internet a few weeks ago. This mobile phone has been introduced as a festival bonanza through Verizon Wireless.

This clamshell handset boosts a clear 320×240 large external touch screen. The LG Voyager has smooth round curves and a silver-colored edge. At the front view, next to the touch screen, buttons labeling ‘send’, ‘clear’ and ‘end’ and a microphone are visible. When opened, the Voyager handset with a full QWERTY keypad will appear, which offers great comfort for text messaging.

At the first look Voyager might look confusing as it has many buttons but later on using it becomes very handy. The design of the device makes it look very elegant. Comparing with the LG enV mobile phone, Voyager incorporates many more multimedia features.

Apart from the fantastic features, the sleek Voyager incorporates a 2 megapixal camera. The LG Voyager supports a removable microSD card that can hold up to 8GB of memory, in case, more space is required to store downloaded music and pictures.

Except for the QWERTY keypad, the stylish Voyager shows off its fabulous features like HTML browser, GPS mapping and V Cast capabilities.

V CAST, a 3G EV-DO network, is created by Verizon Wireless used for streaming of video clips and music. V CAST is one of the few mobile phone-based systems on which more advanced games, including those with 3-D graphics can be played. V CAST-capabilities which are supported by the LG Voyager include V CAST Mobile TV, V CAST Music and the ability to play mp3, wma and unprotected files and V CAST Video.

The shiny Voyager is exclusively available at Verizon Wireless. The V Cast capabilities along with Verizon Wireless high-speed wireless broadband network will make downloading music or surfing the Web quick, easy and fun for the users.

Accessories are in plenty available for the LG Voyager, like Bluetooth stereo speakers and headsets, extended batteries but also designer phone cases and nice arm pouches that will fit your mobile lifestyle.

LG Voyager is scheduled to hit the shelves on November 21. It is assumed to be available at the price between $200 and $400.