The Lenovo Yoga 900 and Yoga Tab 3 Pro have been launched in India and are priced at Rs 122090 and Rs 39990, respectively. The former is set to be sold via Croma, brand-exclusive stores and the company’s online store, while the latter will be available via Flipkart.

Diving into the features of the Lenovo Yoga 900, the laptop continues the convertible design of its predecessor while sporting a number of upgraded specs. It supposedly boasts of a 50% better battery life than the previous variant which allows it to deliver up to 9 hours of video playback. Users can utilize it in 4 modes namely laptop, tent, tablet and stand. 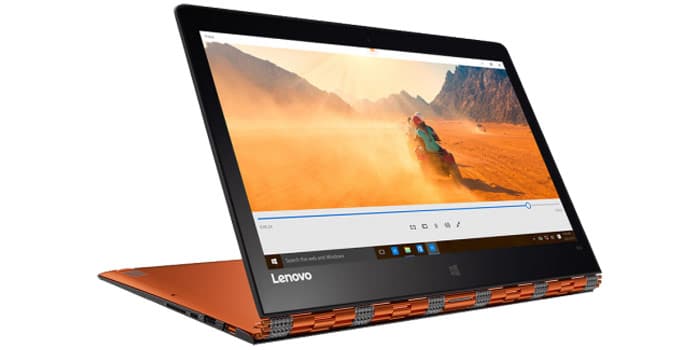 Lenovo claims the device is the slimmest Intel Core i convertible in the world with a thickness of just 14.9mm. It’s blessed the device with a 13.3-inch IPS display which displays its visuals in a QHD+ resolution of 3200 x 1800p. The manufacturer has also fitted it with JBL stereo speakers equipped with Dolby Audio Premium sound.

Check out the specifications of the Lenovo Yoga 900 at a glance:

Moving on to the Yoga Tab 3 Pro, the high-end tablet ships with an in-built projector which is rotatable and uses its 50 lumen output to beam out an image up to 70-inch in size. There’s a massive 10200mAh battery on-board, guaranteed by the company to survive for a maximum of 18 hours on a single charge. It can also be used to charge other devices through a USB OTG cable.

Also See: Lenovo says half its phones in 2016 will be Made in India