Although tablet shipments continue to decline worldwide, manufacturers are still taking a stab at the market. Lava Mobiles has announced the Ivory Pop retailing at Rs 6299 in India. The new device has a 7-inch form factor and all the basic features which can be expected for its modest price.

The Ivory Pop’s 7-inch display throws out visuals in 1024 x 600p resolution. It’s of the capacitive type and supports multi-touch gestures. The tablet is powered by Android Lollipop, what feels like an inadequate 1GB of RAM, a 1GHz quad core Intel chipset and a 3000mAh battery.

Lava’s tablet sounds more like an over-sized, budget smartphone if you consider that it has dual SIM slots and supports voice calling. Its rear is given to a 5MP camera, while the area above the screen on the front hosts a 3.2MP lens. There’s 16GB of storage under the hood. 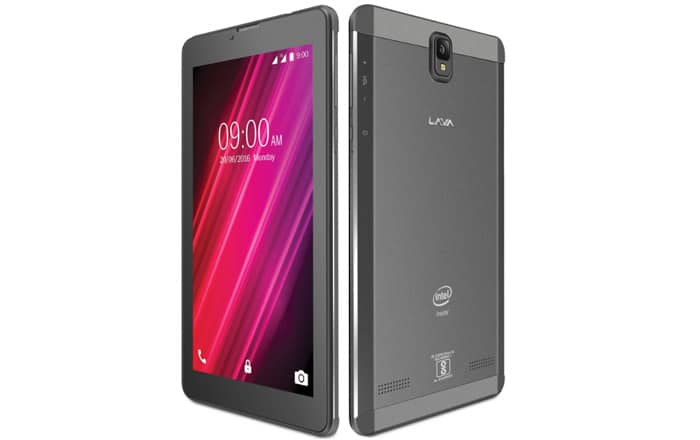 Since you’re likely to fall short of memory, a microSD card slot capable of holding a 32GB card has also been provided. The Ivory Pop is reasonably thin at 8.8 millimeters and it sports a gray colored finish. Lava says it will be selling through online and offline stores soon.

In spite of being at the top of the market in terms of tablet shipments, Samsung and Apple are also facing decreasing sales. With smartphone screen sizes expanding drastically, it’s clear that room for 7-inch displays like the Ivory Pop is shrinking continually.