The Karbonn Titanium Dazzle has just been launched in India at very affordable price of Rs 5490, and this new smartphone kicks in a 5-inch display as well as a quad core processor. The dual SIM 3G-capable device can be bought dressed in white-gold or black colors.

The Karbonn Titanium Dazzle runs the Android 4.4 KitKat OS, and grabs a few unique software traits as well. One among them is Swipe which enables you to shuffle to the next song just by swiping your hand across the screen. Furthermore, there’s the Smart Eye feature which keeps track of your eye movements to automatically pause videos when you look away. 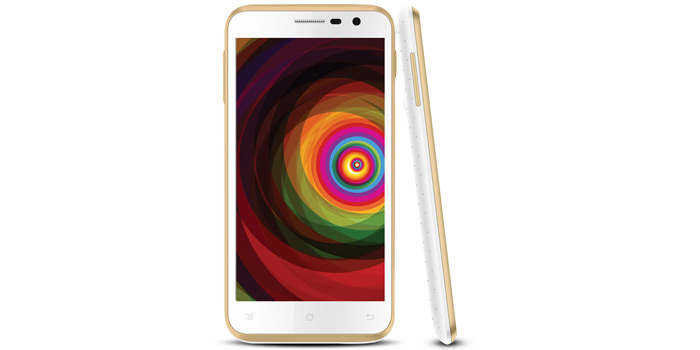 Karbonn has disclosed that the new phone will offer support for 21 Indian languages as well. Its 5-inch IPS panel has been revealed to kick in a resolution of 854 x 480 pixels, while its quad core CPU runs at a clock speed of 1.2GHz. 1GB worth of RAM has made its way into the smartphone, apart from 8GB of storage and a microSD card slot supporting further expansions of up to 32GB.

The Titanium Dazzle is granted imaging and video shooting abilities by a 5MP rear camera and a 2MP front snapper. There’s a 1850mAh battery onboard as well, providing it with the necessary juice needed to keep going in between charges.

Here’s a neat look at the specs of the Karbonn Titanium Dazzle: 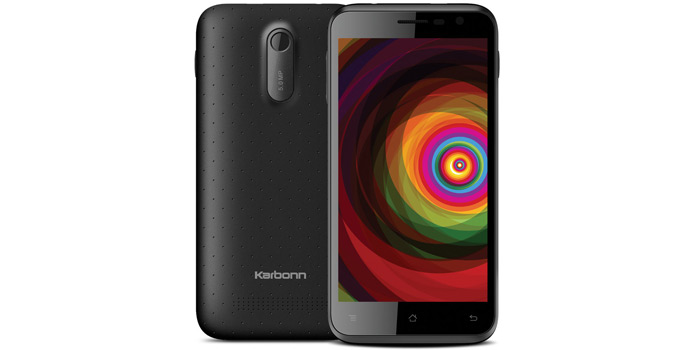 The Karbonn Titanium Dazzle is ready to enter the Indian market now, and its Rs 5490 price tag is going to help it a great deal in competing with its contemporaries.