The Indian Space Research Organization (ISRO) which has chalked up many space-related achievements in the past, has demonstrated a hybrid solar electric car for the Indian automobile industry. The agency took the vehicle that was modified in-house by the experts at the Vikram Sarabhai Space Centre (VSSC), on a successful test drive in the last week of March 2017.

The VSSC team did not build an entire car out of scratch in order to present its case for using solar energy in hybrid cars. They instead scraped out some of the innards of a Maruti Suzuki Omni and equipped it with custom-made parts. The biggest challenge had to do with fitting an electric motor into the the internal combustion engine (ICE) based vehicle.

The engineers also had to ensure a perfect fit for the panel on the roof that was to supply the car with solar energy. The power-sharing duties of the components were arranged in such a way that the integrated high energy density Lithium ion batteries would sustain the energy needs, while the super-capacitor helped maintain peak power demand. 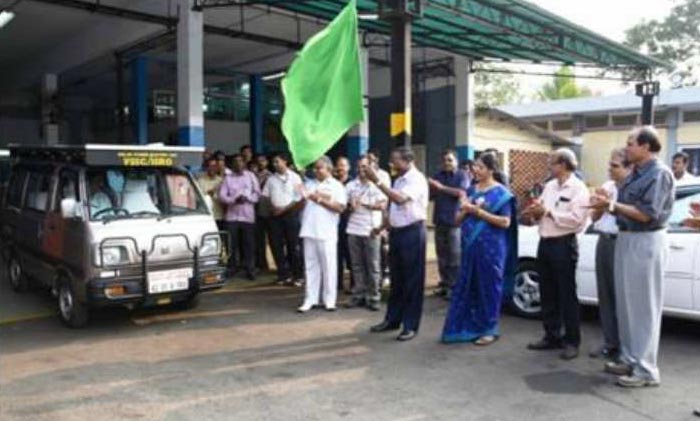 All the while, the solar panel on the roof of the Omni continuously recharges the battery in sunlit conditions. Power Minister Piyush Goyal recently announced that India would aim to have only electric cars on its streets by 2030 and the government would aim to help the automobile industry steer towards this direction during the next few years.

Adding hybrid solar electric vehicles into the fleet of green cars of the future would be one of the ways to go. It’s no wonder ISRO is sparing a glance for issues closer to Earth too.