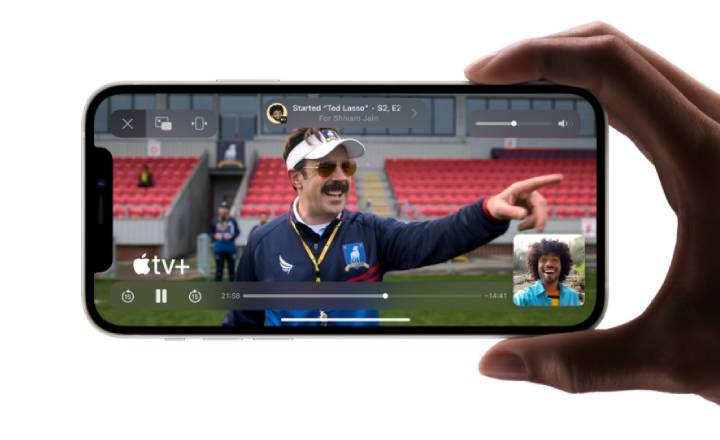 iOS 15 is live now for compatible iPhones, however, not all the features that were showcased by Apple this summer have made it to the final release. These include something as big as SharePlay, which grabbed all the attention during the WWDC showcase of iOS 15.

A concrete reason for this delay hasn’t been provided but we did see this coming given how SharePlay was suddenly removed from the beta versions citing issues. Improved Find My support for AirPods is also missing, along with Universal Control, which is an iPadOS 15 trait.

SharePlay is an extension of FaceTime and allows users to stream TV shows and movies while video conferencing with friends, effectively allowing them to watch the content together remotely. SharePlay can also be used to listen to music and share what’s on your screen.

It is to be noted that the non-arrival of SharPlay is also leading to a delay in Apple’s Group Workouts feature for Fitness Plus. The improved Find My support for AirPods hasn’t arrived either. Announced at the WWDC, it grants an AirTag-like proximity view for the AirPods Pro and Max earphones.

iPadOS 15 is missing a big addition in the form of Universal Control. It’s aimed at letting you seamlessly share a cursor between Macs and iPads. In the App Store, Apple’s new Events area that will showcase in-game events, live streams, and such, is missing.

These being the missing features, there are plenty of others that make the update to iOS 15 worth it. There’s the ability to schedule FaceTime calls, bringing it more in line with Zoom and Google Meet. New Memoji also make their way into the software, along with updated notifications, and much more.

This time, even if you choose to stay on iOS 14, Apple will still keep delivering security updates. So the choice is up to; whether to wait for the new iOS 15 features to launch before updating, or go for the new software right now.