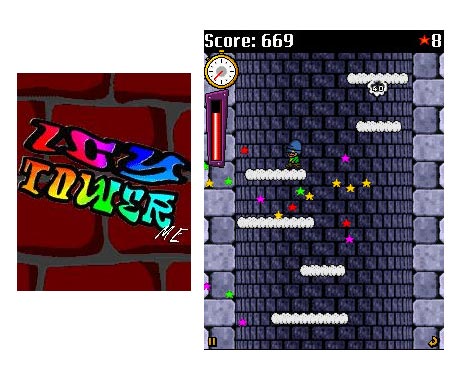 Icy Tower, the game that has around ten million web users hooked, will now be available on mobile phones with Hands-On Mobile having signed a deal with Austrian developer XENDEX to publish the mobile version of the internet sensation in EMEA, Latin America and South East Asia.

The move is an exciting prospect for both the parties concerned. “Casual games such as Icy Tower transfer perfectly onto mobile devices and we are excited to be bringing this game with its massive cult following to a new audience,” said Greg Robinson, General Manager of Hands-On Mobile EMEA. He went on to say that they were “delighted to partner again with XENDEX” and were happy “to make Icy Tower available to the fans of the game around the world.”

The enthusiasm was returned by Michael Haberl, CEO of XENDEX, who said, “We are thrilled to be working with Hands-On Mobile again to publish Icy Tower,” and he added that they were “confident” that the game’s status as an “internet phenomenon” will be felt again with mobile gaming.

The game, Icy Tower, is a free to download web game in which the main objective is to set the highest score. Players control Harold the Homeboy who has to climb up the never-ending tower while maintaining his footing on the slippery ascent. The seemingly monotonous journey of climbing up the tower is spiced up by special points awarded for double and triple jump combos, and there is also a choice of characters, secret levels and two difficulty modes that add colour to the game. All in all, it is a jump n’ run game that will keep the gamers engrossed for hours on end.

So, the Icy Tower awaits a warm welcome by its fans on the mobile circuit and only time will tell if it will be as big a hit on the mobile as it has been on the PC.