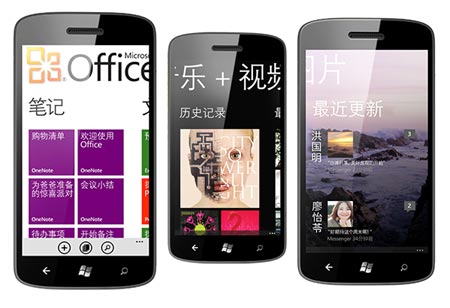 With the launch of the Windows Phone 7-powered HTC Eternity smartphone, Microsoft can now celebrate its foray into China. The country seems to be receiving some special attention from tech world through the arrival of various devices including the Sony Xperia Neo L that’s said to deliver the ICS platform, right out of the box.

Eternity is apparently not the official moniker for this handset. While the current title serves as the codename, an official English branding isn’t available. However, the translated meaning is said to stand for victory or triumph. What’s more, the handset seems quite similar to the HTC Titan, which also operates on the Mango platform.

“HTC announced on Wednesday that they’ve started selling the first Windows Phone in the country. The HTC Eternity (codename) is an unlocked or ‘open market’ handset with a 4.7-inch screen, front- and rear-facing cameras, and comes stocked with a slew of popular Chinese apps. It’s also the first of many great Windows Phone handsets headed for China from Nokia and other phone makers this year. So stay tuned,” states a recent post on the official Windows Phone blog by Microsoft.

Besides the front and rear facing cameras as well as the 4.7-inch display, additional details on the hardware specifications have not been revealed as yet. The OS has been tweaked to display and interpret simplified as well as traditional Chinese throughout the UI. It’s also accompanied by various pre-loaded apps that should appeal to potential users in the country.

Specific details on the HTC Eternity price aren’t disclosed at the moment. This Windows Phone 7 handset should already be available for purchase in China.