Google Translate is one of those Android tools that we don’t use on a regular basis but whenever we do, they prove to be extremely helpful. And now, image-based live translation capabilities as well as an auto-detection feature for conversation mode are all set to make the app all the more excellent in terms of functionality.

A leak had occurred over the weakened, which gave away details regarding an upcoming version of the app. This new edition of Google Translate will allow you to point your smartphone’s camera at text from a different language and see the translated version of it live on your screens then and there. 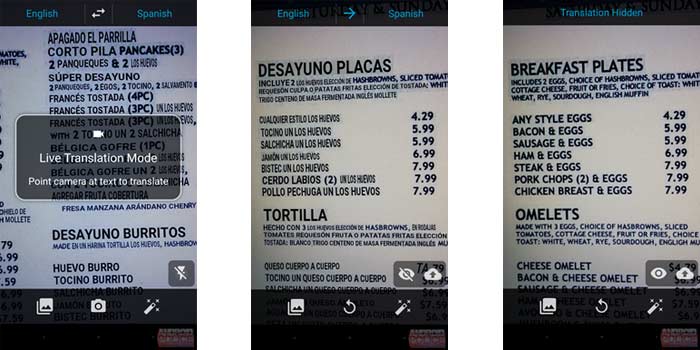 This almost unbelievable ability has come to the app most probably via the recent acquisition of Word Lens Translator by Google. If you want to try it out right now, you can download this app for free through the Play store.

The image you’re seeing in the space above shows the live translation mode in action, with the app easily showcasing a translated version of an English menu in Spanish. The source of this news, Android Police has said that the initial rollout of the Google app will work both ways between English and French, German, Italian, Portuguese, Russian and Spanish.

Furthermore, the app’s conversation mode will also be seeing some changes through the new version. Apart from being faster and easier than before, this trait will now actively listen to both activated languages to automatically translate them, instead of asking the user to manually select each language in sequence or to let one person speak after the other. 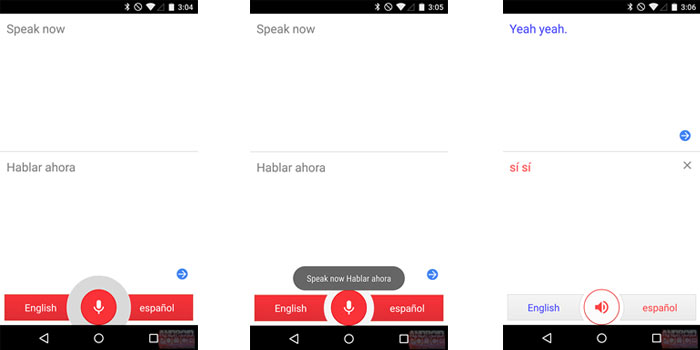 We don’t know when this new Google Translate update will be made available for download, but seeing that a solid version of it exists with someone (judging by the leak), we’re guessing it won’t take much time for the release to take place.