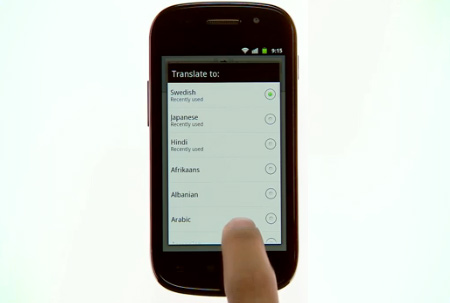 Google Translate has been providing people with the ability to translate foreign languages without breaking a sweat. Recently, the company introduced new updates to the Google Translate app for Android powered handset users.

The official Google Mobile blog cites that the spoken translations have been enhanced for over 15 different languages such as Portuguese, Russian and Chinese. The improved version of Google Translate permits users to listen to three new languages namely Arabic, Korean and Japanese.

With text-to-speech being one of the most popular features, anyone seeking to learn a foreign tongue can simply resort to the Speaker icon. The upgraded flavor of this translator app currently provides text-to-text translations in 58 languages as well as spoken translations in 24 languages. This software is compatible with mobile phones and slates based on the Android 2.1 OS or later versions.

The updated version of Google’s Translate app can be downloaded through the Android Market free of cost.