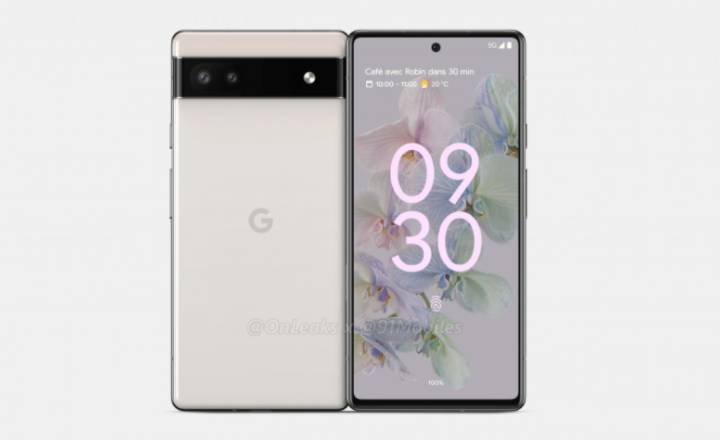 After having completely ruined the Pixel 6 party, it’s time for the leak train to put a damper on the Pixel 6a’s launch. Renders of what the device will look like have surfaced already, along with hardware details. It seems the next Google phone too will adopt a proprietary Tensor SoC.

What’s disappointing though is that the leak tips the device to ship with the 12.2MP Sony IMX363 sensor. This is the same sensor that has been on every Pixel phone from the Pixel 3 to the Pixel 5a. Those who were hoping the 6a to ship with the Pixel 6’s 50MP sensor will really be disappointed hearing this news.

According to 9to5Google, the ultra-wide camera is likely going to be the 12MP Sony IMX386 sensor, whereas the front camera could be the 8MP Sony IMX355 from previous Pixels. The Pixel 6a, which is apparently codenamed ‘Bluejay’ internally, is believed to be equipped with the same Pixel 6 features, like Voice Typing, HDRnet video, and Live Translate for conversations.

This will all be made possible by the Pixel 6a’s apparent adoption of the Google Tensor chipset. The 5nm unit ships with a 2.8GHz octa-core processor and a Mali-G78 MP20 GPU.

Recently, @OnLeaks (via 91Mobiles) had released a set of unofficial Pixel 6a renders that tout the phone to have a similar design to that of the Pixel 6 range. This means the same visor for housing the camera setup will be present on its rear surface, while the same dual-tone color scheme will also be adopted by the phone.

The renders also speculate that a headphone jack will be absent from the device. We’ll have more on the Pixel 6a as and when new details keep popping up.