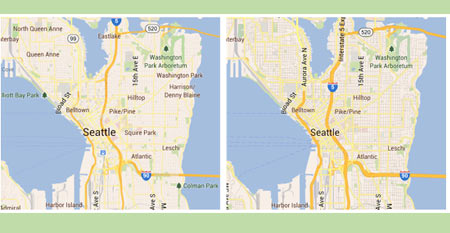 Avid travelers could be prone to developing some more fondness for the enhancements introduced in Google Maps for Android with the v6.5 update. Among various other fresh developments, the navigation system is now expected to deliver a crisper, less cluttered picture with higher resolution map tiles.

Firstly, the Navigation homescreen for the ICS platform has been redesigned to allow easy access to recent or favorite locations by simply swiping sideways. Entering a new destination is also made more convenient with v6.5. For devices with high pixel density screens, like the ones on the Galaxy Nexus, Droid Razr, Galaxy S II and others, higher resolution map tiles will help in providing a clearer view of streets and ways. Apart from better color contrast, labels are being sorted out too. Owing to this, the service should also offer quicker response to zoom, pan and twist gestures. 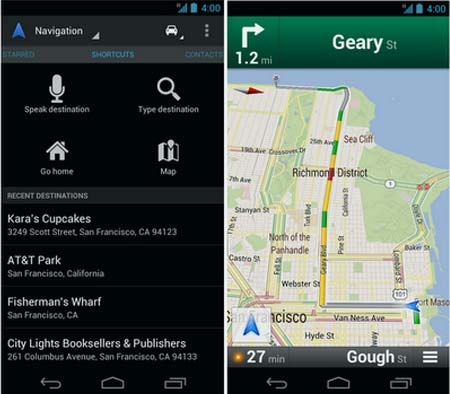 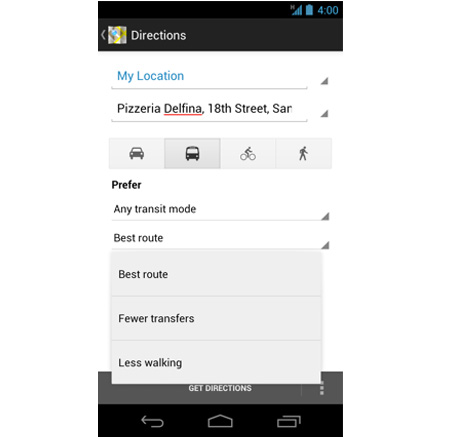 But the improvements apparently don’t stop at that. With the software overhaul, users will also be able to pick a particular transit mode such as the subway or bus option. In addition to this, route alternatives like recommended ones, ways requiring less walking or those with fewer transfers can be selected. The entire system now covers 475 cities globally.

Google Maps for Android version 6.5 is accessible through Google Play.